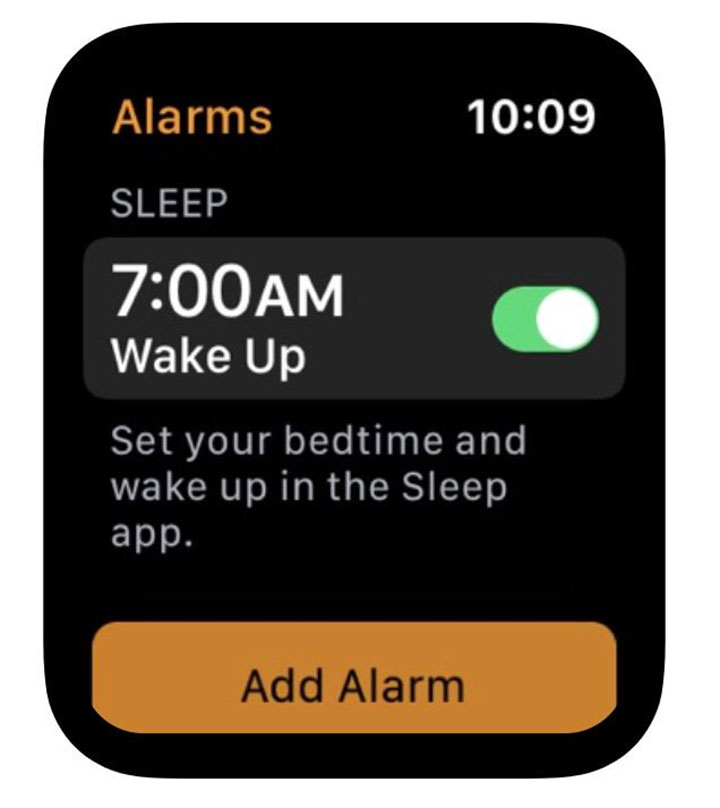 A Twitter user, Daniel Marcinkowski, has spotted a Sleep app for the Apple Watch mentioned in an App Store listing.

In the App Store listing for the company’s pre-installed Alarms app on the Apple Watch, there was a screenshot of an unreleased version of the Alarms app with a “Sleep” label and text reading “Set your bedtime and wake up in the Sleep app”, MacRumors reported on Monday.

The Cupertino-based company has been developing this sleep-tracking feature so that it can monitor sleep quality via sensors within the Apple Watch.

Right now, a user needs to download a third-party app to track their sleep.

Earlier, Apple was said to be working on a sleep tracking feature called ‘Time in Bed tracking’ for its new range of Apple Watch wearables.

The new feature was aimed at giving users the option to wear the Apple Watch in their sleep and if they do, data such as heart rate, motion, and noise, will be used to monitor the sleep quality.

Though, the feature did not arrive with the latest Apple Watch 5, but now with the mention of a “Sleep” app in an official screenshot, one might see it in a watchOS update soon.