TechShout
Home Apple Ways To Screenshot On A Mac 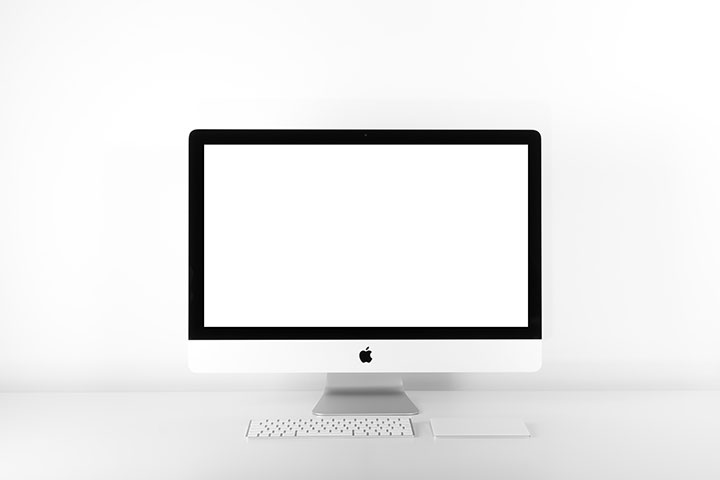 When someone makes the transition from Windows to macOS, things may seem a bit strange at first. Everything is different. Macs have the reputation of being more intuitive, so it doesn’t take long to get used to them. But if you want to take a screenshot on Mac, you’ll be puzzled. The commands are different. There’s no key print screen on the Mac keyboard.

Don’t worry. You’ll master the function in a matter of seconds. We’ll give you an easy guide on how to screenshot on Mac.

Hint: it only takes pressing a couple of keys, which you’ll easily memorize.

Easy Guide: How to Take Screenshots on Mac

This is the old command, which was usable before macOS Mojave. It still works, and it’s a quick way to capture a full screenshot on Mac. If you’re using multiple screens, the “Command + Shift + 3” command will capture them all.

Your Mac will immediately show the photo, which you can edit with crops, text, and anything else you want.

This is a nice, quick command when all you need is a complete print screen on Mac. But if you want something more sophisticated, you’ll learn two other commands.

With this command, you’ll be able to choose the section of the screen that you want to turn into a screenshot on Mac. When you press those keys, at first you’ll think that nothing happened. But if you press space, you’ll see different screens being highlighted. You only need to choose the one you need to capture.

If you’re using a MacBook Pro with a touch bar, you’ll see different functions there. With “Command + Shift + 4,” you can still capture a full screenshot on Mac, but you can choose a section as well.

From Mojave on, Apple added more useful ways to take screenshots. If you’re on Mojave or Catalina, you can use this command to take several types of screenshots on Mac:

This command is not just for taking screenshots; you can also record the entire screen or a portion of the screen with it. A recording is particularly useful when you’re trying to instruct someone how to use the software. It’s also great when you’re contacting the support for a certain app or website and you’re trying to explain what the problem is. You’ll just record the screen and send them the video.

To perform any of those functions, you just hit “Command + Shift + 5” on the keyboard. You’ll see a window, which you can adjust. The buttons let you take a screenshot or video. If you’re using a MacBook Pro with a touch bar, you’ll see the same functions in the bar.

If you’re using Mojave or Catalina on your Mac, there’s no need to bother with the previous two commands. This one covers them both and gives you an option to record the screen. It’s easy and fast, just like we expect our Macs to be.

Yes; there’s a command that includes a 6, too! This one is only for MacBooks with touch bars, and it allows you to capture the touch bar. It’s good when you’re dealing with Apple’s support or you want to show someone how to use the touch bar.

Try an App or a Browser Extension

The integrated features in macOS allow you to record and print screen on Mac. However, if you need more power and convenience, you may try an extension or an app.

And if you need an app that lets you edit screenshots in a more powerful way, CleanShot is a good one. It lets you blur the parts you don’t want the recipient to see. You can also record a video with it. But for recording really good videos, Capto is a better app. It lets you edit them in a professional way. If you need to record your screen for tutorials on YouTube, this is the app to use.

Don’t Forget to Organize the Clutter!

Do you take many screenshots on a regular basis? For bloggers and tutors, that’s a daily task. If you don’t organize the images, you’ll clutter up your computer over time. You don’t need all those images, so it’s best to get rid of them as soon as you use them. If you want to keep them, you can store them on the cloud.

Here’s another easy option for organizing screenshots: keep them in dedicated boards on Pinterest. You don’t have to purchase space there; the platform is free for everyone! You’ll keep these boards private and your screenshots will stay there. Create different boards that will help you find the screenshot you need when you need it.

You see? The process of taking a screenshot on Mac is not overwhelming at all. Your computer gives you several options, so use the one you’re most comfortable with. If you don’t need advanced features, you’ll memorize a single command: “Command + Shift + 5” and take the type of shot or video you need.

Author Bio: James Dorian is a technical copywriter. He is a tech geek who knows a lot about modern apps that will make your work more productive. James reads tons of online blogs on technology, business, and ways to become a real pro in our modern world of innovations.