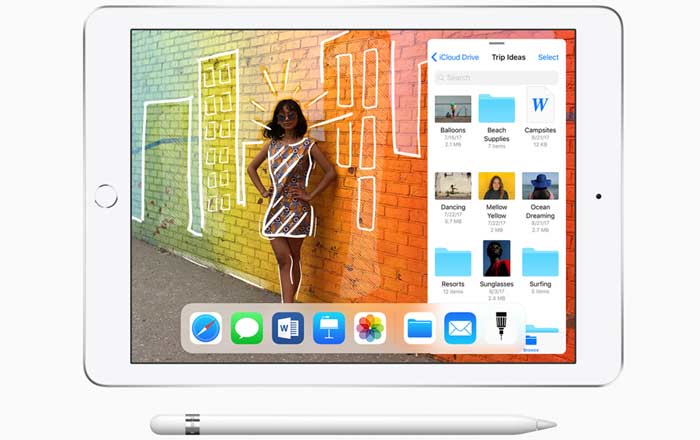 Apple’s education-focused event brought a new 9.7-inch iPad (2018) with Apple Pencil support into the world, alongside updated versions of Keynote, Numbers, and Pages. The company is hoping to regain its former glory in the education sector with the new offerings, but it might not be enough to compete against Google’s popular Chromebooks.

Schools in the US can catch a bit of a break thanks to a $30 discount on the 9.7-inch iPad (2018) which drops it down to $299 and a $10 cut on the Apple Pencil which reduces it to $89. The combination is still very steep for schools, seeing as how Chromebooks can be bought at cheaper rates and come with a keyboard included. 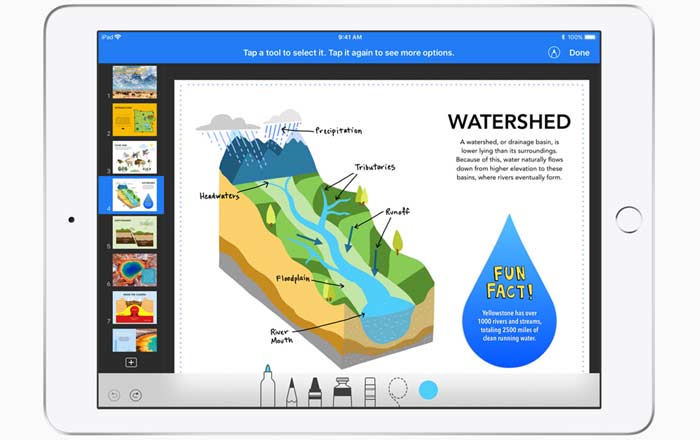 Many had expected to see a bigger cut from Apple, especially since it’s advertising the 9.7-inch iPad (2018) as its most affordable iPad till date. It actually costs the same as last year’s 9.7-inch iPad. It looks just like its predecessor, only with a new Gold finish to choose from in addition to Space Gray and Silver.

Hardware specs which have gotten upgraded include the A10 Fusion processor and a higher-resolution touch sensor to allow for Apple Pencil functionality on the Retina display. The rest is pretty much the same, but the 40% better CPU and 50% better GPU performance through the new SoC is nothing to sneeze at.

As for apps, users can draw directly in Pages, Numbers and Keynote now. eBooks can be created in Pages through a variety of templates. The Smart Annotation beta dynamically anchors comments and proof marks to text. Teachers can take advantage of a new tool called Schoolwork which lets them create assignments and then track student progress.

The 9.7-inch iPad (2018) is already up for sale in 25 countries including the US, the UK, Norway, New Zealand, Australia, China, France and Japan. Russia, India, Thailand, Turkey and others will receive it in April, followed by South Korea and the rest of the world in May. You can buy it via Apple’s website.