TechShout
Home Apple 2019 iPhone display may be controlled without touch 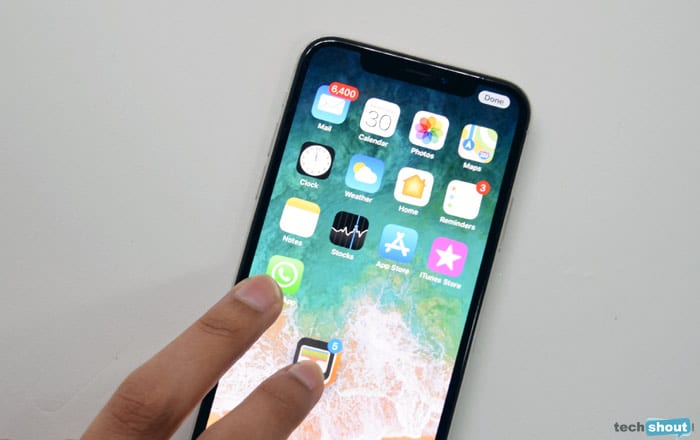 Apple is reportedly preparing big changes for its 2019 iPhones. A new report out of South Korea claims that the company is going to allow multi-hovering gestures to allow you to get things done without having to touch the screen.

We’ve seen such setups in sci-fi movies before, but there’s nothing like it in the real world. Industry sources told ETNews that Apple is working on multi-hovering tech so that it can recognize 3 or more fingers from a distance of 50mm. iPhone users could thus perform a gesture like pinch-to-zoom without having to touch the display.

Air gestures are notoriously difficult to perfect. Samsung has attempted this to a certain extent with the S Pen and its Galaxy Note series, but that requires a special stylus and a single input. Apple is attempting to use multiple fingers which is much more complicated since it can result in ghosting and inaccurate capturing.

Insiders say Apple has somehow solved these problems. The company is also said to be developing triple cameras for AR/VR purposes. This combined with a ToF (Time of Flight) sensor will allow the 2019 iPhones to quickly capture and draw 3D structures, in addition to overlaying virtual objects onto the real world in a realistic manner.

Apple has actually filed for multiple patents related to such a system. One such 3D depth mapping patent talks about using the technology in interactive video games. A person could interact with a game by making gestures with their hand. Depth mapping tech would be used to identify the movements.

Interestingly, a recent Barclays report claimed that Apple was ditching 3D Touch in the 2019 iPhones. It’s completely possible that the brand is getting rid of its old display tech to make space for its new display tech.