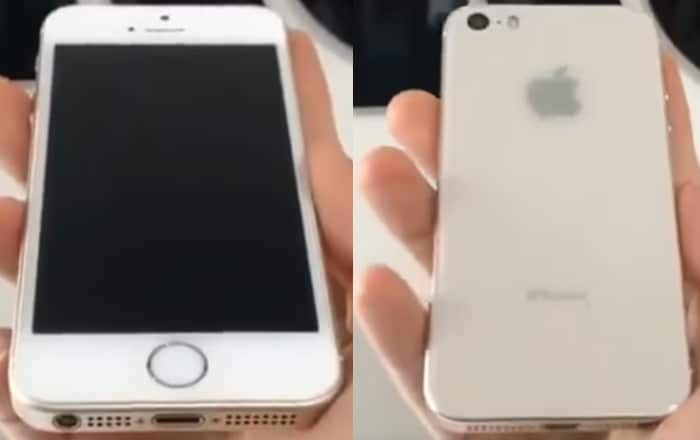 The iPhone SE 2 has gotten caught on camera in a live video recording which captures it from various angles. The leak confirms a number of rumors about the handset, like its glass back and old-school iPhone 5S style.

Still, the authenticity of the video can’t be verified right now. It’s sourced from Weibo and was dug up by Czech site Letemsvetem. It’s possible this is not the new iPhone SE 2, as anyone could theoretically place a glass back on the current iPhone SE and pass it off as the real deal.

Two factors which lend an air of truth to the leak is the fact that the current iPhone SE features white bars at the bottom and top which can’t be seen in the video and its gold color is very different from the shade seen above. In fact, the rear surface closely resembles the design of the gold iPhone 8.

This might help attract buyers who want the premium feel of the iPhone 8 without spending a bomb. The sides of the so-called iPhone SE 2 stick to the same thick metal frame as before. There’s a physical home button up front, presumably with Touch ID embedded.

In welcome news for fans of audio jacks, the 3.5mm headphone jack is still present at the bottom. This goes against a recent report which declared that the port had been killed. AppleInsider notes that the rear camera is flush with the body and not protruding like the iPhone 8, so photography will probably not be on par with the latter.

Some reports have thrown around the possibility that the iPhone SE 2 will support wireless charging, but that wouldn’t fit in with its budget nature. The all-glass look might just be for show and have no functional purpose. In any case, we’ll hopefully find out the truth of the matter in May or June.