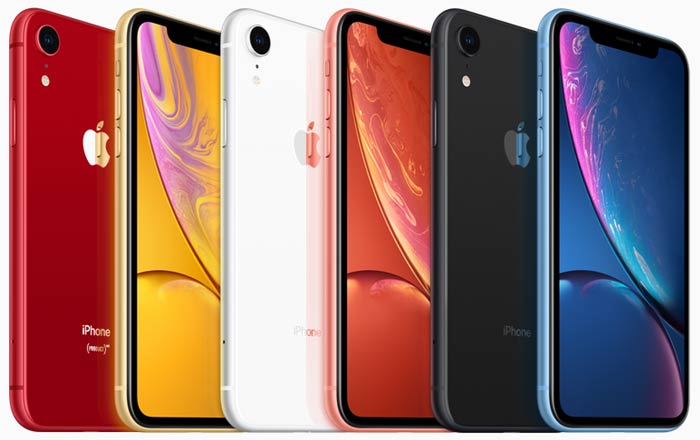 The iPhone XR has officially arrived in stores around the world a week after pre-orders began. The colorful device is set to hit India, the US, the UK, Norway, Portugal, Spain, Australia, Italy, France, Switzerland, Germany, China, Canada, and the UAE today, alongside several other markets.

There seems to be a muted response to the iPhone XR in Apple Stores so far. CNET reports that there’s little rush to buy the handset in Australia, very different from the response the more premium iPhone XS and iPhone XS Max got. It reportedly took a few days for the device to go out of stock in the US during the pre-order period, so no one seems to be in a hurry to buy it.

Flipkart is promising an instant 10% discount on Axis Bank debit and credit cards, 10% Cashback on payments through PhonePe, an additional 5% off with Axis Bank Buzz Credit Cards, No Cost EMIs, and up to Rs 16000 off on exchange. Airtel is asking for a one-time payment of Rs 14999 and a 24-month payment plan of Rs 3499 to pay the rest.

Also Read: Apple reveals what the ‘R’ in iPhone XR stands for

IndiaiStore, the official site for Apple’s offline partners in India, is bundling No Cost EMI schemes with Bajaj FinServ and a 5% cashback on EMI schemes through Axis Bank credit/debit cards and Citibank credit cards. Non-EMI transactions via Axis/Citi will get 5x reward points.

Vodafone and Idea are offering a 20% rental discount and low-cost EMIs on their websites for Red and Nirvana postpaid customers. It should be noted that the virtual dual-SIM option in the iPhone XR hasn’t been activated yet. Apple will switch it on via a software update soon.