TechShout
Home Apple Apple rolls out macOS Mojave to everyone 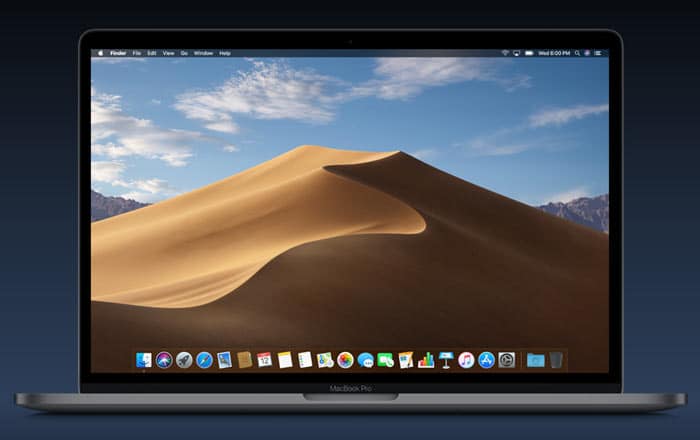 Right on schedule, Apple has released macOS Mojave for all Macs released in mid-2012 and later. Even some Mac Pro models from mid-2010 and mid-2012 with recommended Metal-capable GPUs can upgrade.

Apple announced macOS Mojave back in June at the WWDC 2018. The big change is the introduction of a new Dark Mode. This has been a widely demanded feature for years, on both the Mac and iPhone. The former is benefitting from the change now, allowing content to remain in the spotlight while controls recede into the background.

Even apps have gotten redesigned so that they’re easier on the eyes in dark surroundings. Apple is also trying to make the desktop look more dynamic with two time-shifting wallpapers that change their look depending on the time. Meanwhile, Stacks keeps the desktop organized for those who don’t want to clean it up themselves.

Stacks basically groups files together by date, tag, or kind one on top of the other so the desktop looks clutter-free. macOS version 10.14 further includes a new Screenshot tool. The Finder is even more powerful now, helping users locate files visually and letting them view a file’s metadata in the Preview pane.

They can even create and mark up PDFs, rotate and crop images, and trim audio and video files directly in Finder thanks to Quick Actions and Quick Look. Apple is also making iPhone integration deeper this time round with Continuity Camera. If a user’s iPhone takes a photo or scans a document near their MacBook, it’ll automatically appear on the computer.

You can download macOS Mojave via the Mac App Store. The update weighs in at 5.7GB and is free for everyone. Apple recommends backing up your Mac before starting the process, just in case something goes wrong.