TechShout
Home Apple Foldable iPhone may become a reality in 2020 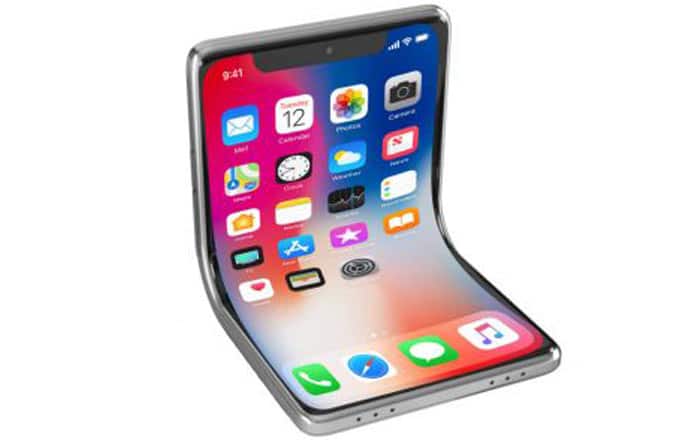 Apple has been patenting various foldable iPhone designs for a while now, keeping everyone guessing as to whether there really was a bendable iPhone in the works. A new note by a Bank of America analyst named Wamsi Mohan says there is.

Not only that, but he claims that Apple will release this foldable iPhone in 2020. He came to this conclusion after meeting with several of the company’s suppliers in Asia. It seems the handset might double up as a tablet.

This is in line with Apple’s patents, which typically feature a screen that can be opened and closed like a book. A flexible portion in the middle allows the device to flex when folded. The most recent one mentions using liquid metal as a shape memory alloy to allow for bending and MicroLED displays.

This is especially interesting, since a recent report claimed that Apple was going to shift to MicroLED panels for future products. It’s apparently been busy making its own screens at a secret facility in California. The project is said to be at an advanced stage right now, with the Apple Watch expected to be the first beneficiary followed by the iPhone.

Piling on the intrigue is an article out of South Korea from October last year alleging that LG and Apple were getting together to make bendable iPhones. That particular account mentioned foldable OLED panels which would go into production by 2020.

This lines up with Mohan’s timeline, but it’s still too early to tell which direction Apple will ultimately go in. Samsung has already publicly acknowledged that it’s working on a flexible handset, but it’s unclear when the device will finally hit the spotlight.