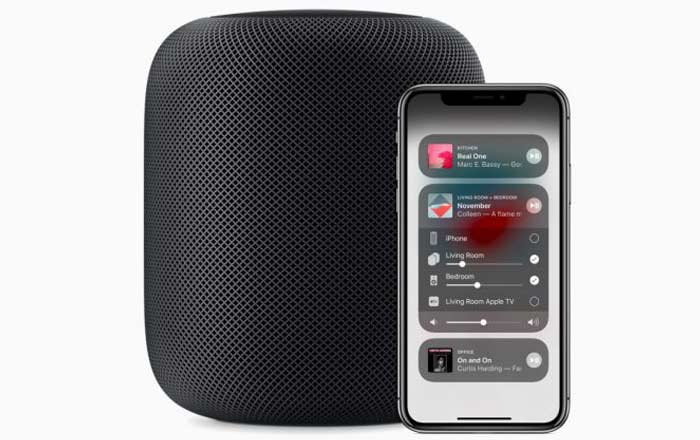 The HomePod received mixed reviews after it arrived last year, with many frustrated by the lack of commands available as compared to Amazon’s Echo smart speakers. Apple looks like it’s finally doing something about this going by the private beta for the HomePod.

Only Apple corporate and a few retail employees have access to the private HomePod OS 12.0 beta. iGeneration reports that the device will be able to make phone calls once the software goes official. This is a huge deal since the current setup is very time consuming.

At the moment, the HomePod has a speakerphone option, but it doesn’t have any access to a user’s contacts. This, in turn, means that they can’t directly ask it to call anyone. The only way to get around this is to start the call on their iPhone and then switch the audio output to the HomePod.

There’s a similar process in place for incoming calls. Folks have to pick up the call on their iPhone and then switch the audio to the HomePod. Both are extremely cumbersome, so it’s good that Apple is finally doing something about this.

The HomePod OS 12.0 beta lets owners call others, answer calls, listen to voicemails, and search their call history. Plus, Apple has already confirmed that the speaker will be able to talk in group FaceTime calls.

Other than calls, the HomePod users will also be able to ask Siri to find their iPhone or any iDevice for that matter. This includes asking the voice assistant to play a sound on the missing handset. They’ll also be able to set multiple timers with names to distinguish each.

A new ‘fix Wi-Fi’ button is around to help the HomePod connect to the same Wi-Fi network as the paired iPhone. Before this, people had to fully reset the device to do the same thing.

There’s no word on when we can expect all these changes. Perhaps a September/October timeframe in keeping with the official release of iOS 12.