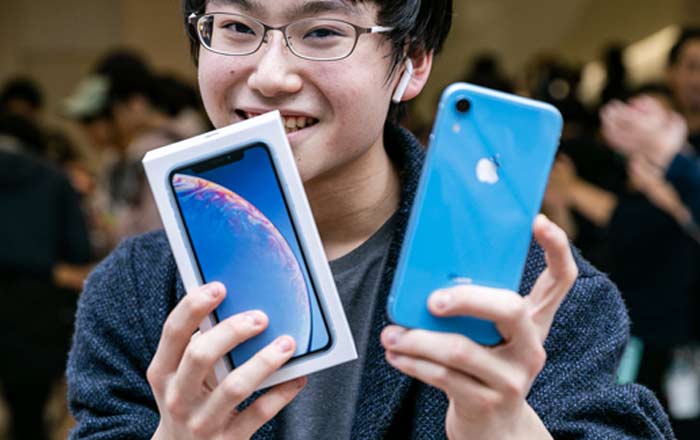 The iPhone XR is not proving to be the money making machine Apple had hoped it would be, going by the sheer number of reports about its troubles over the past few weeks. It’s apparently gotten to the point where the company is going to give a price cut to the device in Japan.

Apple rarely slashes rates for its iPhones, let alone brand new ones. Things must be seriously bad if it’s willing to reduce costs. As per the Wall Street Journal (via 9to5Mac), Japan’s biggest carriers will offer discounts on the iPhone XR starting from next week.

Sources with direct knowledge of Apple’s plan say it’s going to offer subsidies to Japanese sellers to make all this possible. The iPhone XR goes for JPY 84800 (roughly $750 or Rs 53100) in the country at the moment. Carriers could bundle cheaper data plans with the device.

The report doesn’t have any insight on how much of a markdown the iPhone XR will be getting, but it should be compelling enough for folks to switch over. Japan is supposedly still enamored with the iPhone 8 and iPhone 8 Plus. The phones have gotten more affordable now, making them even more attractive to customers.

Apple enjoys a dominant position in Japan’s marketplace, so it’s surprising to hear that the iPhone XR is not doing that great over there as well. The same report claims the brand is going to restart production of the iPhone X because of how poorly the iPhone XS is doing.

Perhaps Apple should reconsider its strategy of selling smartphones at $749/$999. Ordinary consumers just don’t have that kind of money lying around. It makes sense to buy a year-old model, especially when the newer ones aren’t that different.

It’s not clear whether this price cut strategy will spread to other markets like India. The country pays more than most at a hefty Rs 76900 (roughly $1088) thanks to high taxes on imported goods. A discount could go a long way in helping sales.