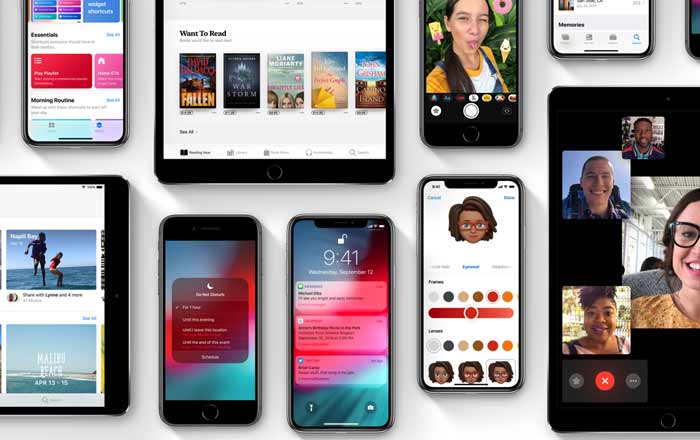 Three months after first introducing them on stage, Apple has released iOS 12, watchOS 5, and tvOS 12 to the public. The updates are arriving over-the-air to everyone.

You can check if you’ve gotten iOS 12 by heading over to Settings > General > Software Update. It weighs in at around 1.37GB, depending on your device, so it would be a good idea to download it over Wi-Fi with enough battery backup.

iOS 12 won’t radically change the look of your iPhone, but it will improve it from the inside, especially for elderly iPhones like the iPhone 5S. Apple says these older iPhones are going to run much faster than before, promising up to 70% faster swipe to Camera, 50% faster keyboard display, and 2x faster app launch under heavy workload.

As for Apple’s more recent iPhones, Face ID-supporting models like the iPhone X, iPhone XR, and iPhone XS will get to try out Memoji and new Animoji like ghosts and koalas. The former is basically a personal avatar which you can customize and animate with your movements. The latter can now process winks and tongues.

Augmented Reality has gotten a big boost in iOS 12 as well. You can now indulge in shared AR experiences with multiple people in a game or project. Persistent AR lets you leave virtual objects in a spot and then return to it later. Dynamic object detection and image tracking allow your iPhone to apply reflections for a more realistic blend of digital and real.

Apple’s new Screen Time and Do Not Disturb tools are supposed to help you fight smartphone addiction. The first tells you how long you’ve spent staring at your iPhone’s display and suggests ways you can wean yourself off. An App Limits feature even lets you set a timer for a specific app.

Do Not Disturb now dims the display when it’s time to sleep and hides all notifications until morning. Siri is also set to make your life decisions easier with Siri Shortcuts. The voice assistant now works hand-in-hand with other apps to figure out your routine and make suggestions at the appropriate time. You can even make your own custom Shortcut to combine a number of tasks together.

One feature which didn’t make the leap to iOS 12 is Group FaceTime. The option was around in early betas but eventually disappeared. Apple later announced that it’s coming later this fall. When it arrives, you’ll be able to chat with up to 32 people at once.

You can also voice chat with another Apple Watch user thanks to watchOS 5‘s Walkie-Takie app. There’s also automatic workout detection, activity competitions, and yoga and hiking workout detection. Meanwhile, Apple TV owners will get Dolby Atmos support and a Zero Sign-on feature which allows them to log into their account by just detecting the broadband network.