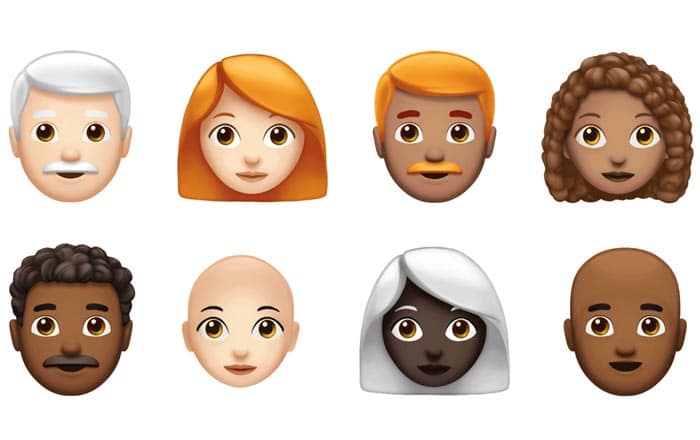 It’s World Emoji Day and Apple’s decided to celebrate the holiday in style by announcing all the new emojis set to enter its iPhones, iPads, Macs, and Apple Watch models later this year. The change will be part of an update to iOS 12, so it may not arrive at the same time as the OS in September.

Once the upgrade does get sent out, iPhone users will be greeted with 70 fresh emoji characters to express themselves with. They first started out life as part of the approved character list in Unicode 11.0 and some have already made their way to Google’s Android P.

Apple’s latest crop of emoji focuses a great deal of attention to hair, adding people with gray hair, curly hair, and red hair. There’s even a bald person to round things off. The standard smiley faces are a bit more expressive now, with a cold face, a pleading face, a face with 3 hearts floating around it, and a party face.

iPhones will also be gaining a pair of generic-looking female and male superhero emojis. Apple’s even added symbols like the nazar amulet and infinity sign. Animals have also been represented with cartoons of a lobster, peacock, kangaroo, and parrot. New food emoji include lettuce, mooncake, mango, and cupcake. 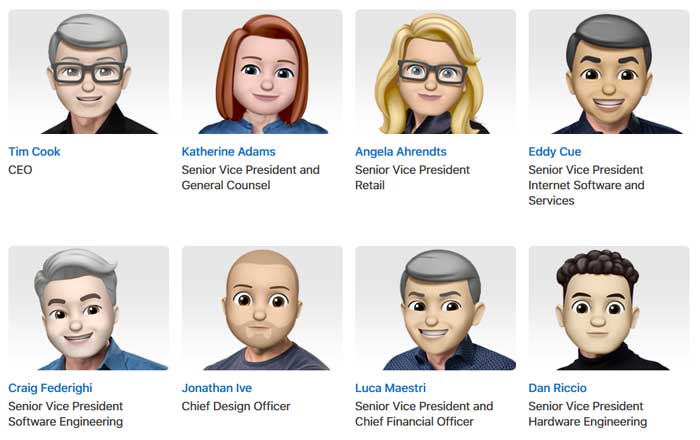 Apple isn’t just announcing new emoji to celebrate World Emoji Day. It’s also having a bit of fun by replacing the photos of its executive team with Memoji on its website. Memoji works on the same principle as Animoji, except it lets you create a personal avatar based on your appearance.

You’ll need an iPhone X to make it work since Memoji relies on the TrueDepth Camera array to track your facial expressions. You’ll also need to be on the iOS 12 beta since the feature hasn’t hit the mainstream build yet. The OS is set to arrive in September alongside 3 new iPhones equipped with Face ID.