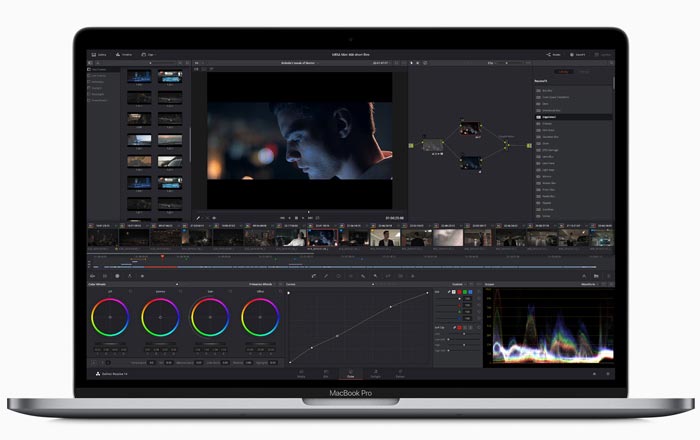 Apple has just recovered from one 2018 MacBook Pro scandal, but it now has to deal with yet another one. It seems the laptop’s speakers are making crackling noises mixed in with strange skipping sounds.

Owners have been complaining about the issue across Apple Support forums, YouTube, and Reddit. It happens with both the 13-inch and 15-inch MacBook Pro models. People say it flares up no matter if the volume is high or low. Some claim it occurs when they’re using iTunes, others say GarageBand or YouTube.

There are a couple of folks who assert that the crackling sound rears its head when they’re running Windows through Boot Camp. This is notable, because the same problem occurred a few years ago with the 2016 MacBook Pro. The distorted audio could get so bad that it permanently damaged the speakers.

Apple responded to the issue by rolling out updated audio drivers for Boot Camp. It’s possible the drivers are at fault again. The Next Web reports that Apple is aware of the issue and investigating what’s causing it.

In the meanwhile, MacBook Pro users are scratching their heads trying to figure out what the problem is. MacRumors reports that some are blaming radio interference due to a lack of shielding and others are eyeing the T2 chip as the reason behind it all.

As for solutions, owners have found some success resetting the System Management Controller and NVRAM or disabling Hey Siri. There’s also the classic reboot solution, but that doesn’t always work.

This is all a bit unfortunate for Apple since it went out of its way to praise the speakers as its best yet, talking about how they were directly connected to the power supply for peak amplification. They’re also supposed to offer more dynamic range and bass.