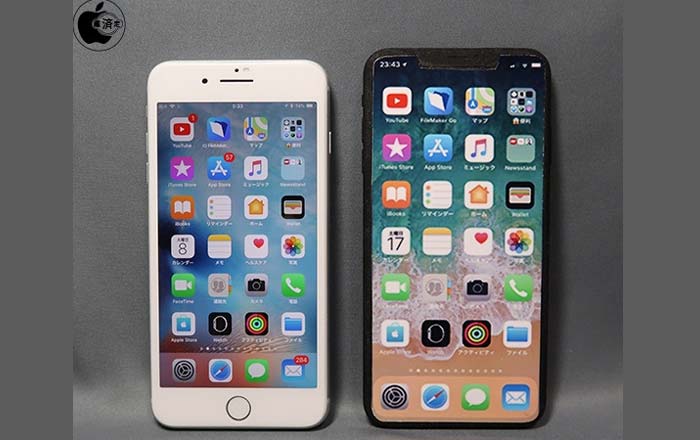 The iPhone X Plus is generating plenty of excitement among fans, with many looking forward to having a large-sized iPhone with a notch design. A new report has some interesting tidbits about its body, claiming that it’ll have the same footprint as the iPhone 8 Plus.

This comes from noted Apple blog Macotakara. A reliable supplier source told the Japanese site that the 6.5-inch OLED iPhone, popularly referred to as the iPhone X Plus, will roughly be the same size as the 5.5-inch iPhone 8 Plus. This is apparently going to happen despite the 1-inch difference between the two.

Apple probably achieved this thanks to its bezel-free design, with the only prominent interruption being the notch. With most of the borders gone, it would be easy enough to fit a bigger screen in there. This will likely come as a great relief to anyone who was dreading the thought of an unwieldy 6.5-inch iPhone.

The iPhone X Plus is supposedly going to be 0.2mm thicker because of the vertical orientation of the rear-facing cameras. The iPhone X (2018) may stick to the same body as last year, but its lens might become bigger to accommodate a larger sensor.

As for the low-cost LCD iPhone, it’s apparently going to get hold of a TrueDepth system for Face ID at the front and only 1 camera at the back. It seems the device will measure 6-inch and not 6.1-inch as was previously rumored. The source compared it to the Huawei Nova Lite 2 and Moto G5 Plus.

Finally, iOS 12 might allow Face ID users to authenticate their face in a horizontal position instead of a vertical one. iPhone X owners are currently forced to shift their handset to a standing position every time they want to unlock it, which can get frustrating.