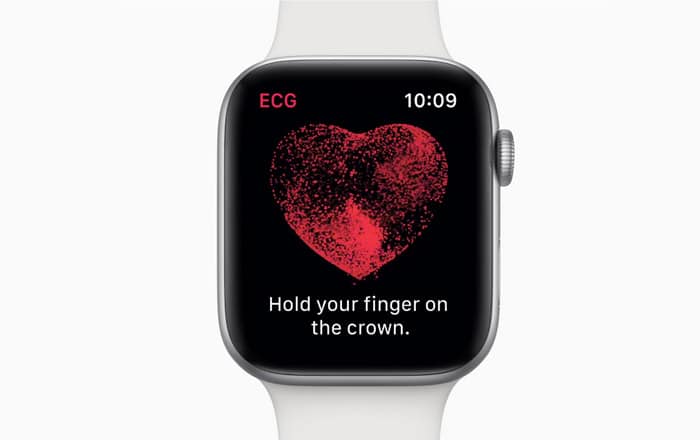 It’s only been a day since Apple released its ECG app to Apple Watch Series 4 users in the US and the tool is already saving lives. A Reddit poster and a CNET writer both shared their experiences after checking out the feature.

Redditor edentel updated his Apple Watch Series 4 to watchOS 5.1.2 and strapped it on his wrist. To his surprise, the device started sending him abnormal heart rate notifications. He decided to run the ECG app and was again surprised when it told him he had atrial fibrillation (AFib).

AFib is a form of irregular heart rhythm that can lead to strokes and death. It’s a serious condition which can go undetected since it doesn’t have clear warning signs. It’s possible for people to go about their daily lives without being aware their heartbeats are out of sync. The ECG app addresses this issue by recording the heart’s electrical pulses and checking if its upper and lower chambers are in rhythm.

If not, this could be a sign of AFib. The Reddit user took the reading over and over again, believing it had made a mistake or was being glitchy. He even made his wife take the test. The results were normal for her. He then tried his other wrist and even the underside of the wrist. No matter where he placed the Apple Watch, it told him he had AFib and should go to a doctor.

He decided to visit a clinic just to make sure. Interestingly, he was immediately taken to the front of the line when he told them that he had taken his ECG on the Apple Watch 4 and wanted to check the reading. Turns out, the smartwatch was right all along since even the machine ECG told him he had an irregular heart rhythm.

The doctor told him that the Apple Watch Series 4 probably saved his life. He’s going to a cardiologist now and is encouraging everyone to test themselves. As for the CNET report, the writer took the ECG app for a spin in a doctor’s office while hooked to medical-grade ECG equipment.

The ECG app results came back inconclusive, but the device did detect intermittent early beats coming from the lower chamber of her heart. The graphs directly coincided with the hospital’s ECG machine, so the Apple Watch performed a pretty good job overall.

Apple has a dedicated page with instructions on how to take an ECG. You can also check out edentel’s Reddit post to see a comparison of the Apple Watch’s ECG and the machine’s ECG results.