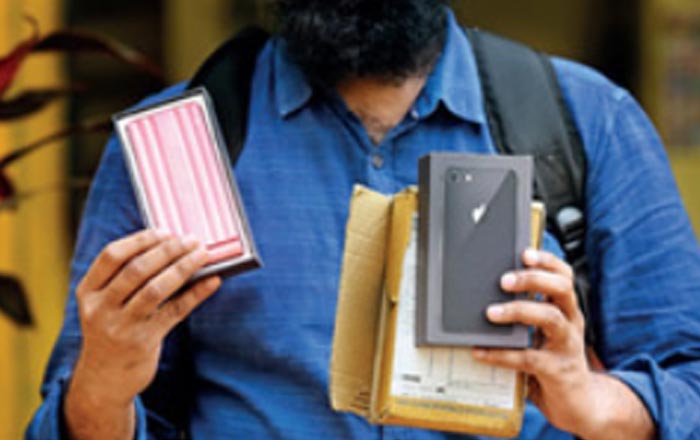 We’ve heard tales of Flipkart sending soaps instead of phones to customers before, but a new incident takes this to greater heights by trying to pass off a detergent bar as an iPhone 8. The unfortunate victim of this alleged fraud is a Mumbai resident named Tabrez Mehboob Nagaralli.

Nagaralli claims he placed the order for the iPhone 8 on January 21 after paying Rs 55069 for it. Flipkart then delivered it the next day at his office in Mazgaon. Not suspecting any foul play, he signed for the package and opened it only after the delivery boy had left.

To his surprise, Nagaralli found a pink bar of soap neatly placed inside the box where his iPhone 8 should have been. Naturally, he proceeded to call Flipkart’s customer care service to complain about the swap. The person at the other end of the line apparently assured him that the issue would get resolved by January 25, but nothing happened until January 29.

At that point, Nagaralli had made several calls to Flipkart, only to be informed that the e-commerce site wouldn’t be able to do anything since he had taken possession of the ‘phone.’ It seems they went as far as to indicate that he was lying since the delivery boy had done his part. The company apparently blacklisted him, forcing him to opt for legal recourse.

Nagaralli filed a case of cheating against Flipkart and its courier service on January 31 at Byculla police station. While this official investigation is going on, a Flipkart spokesperson said that it too is looking into the matter.