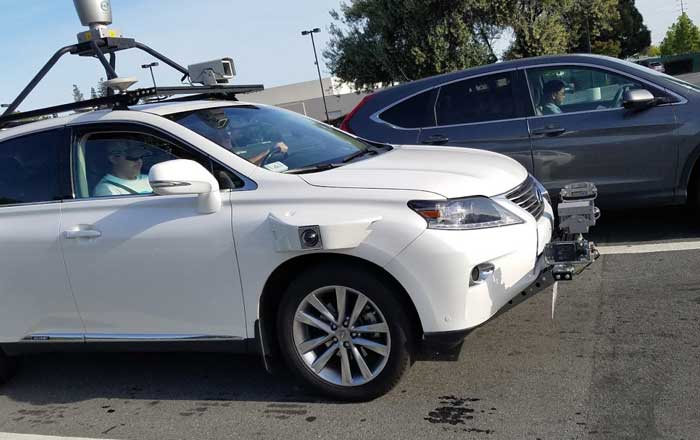 Things are speeding up when it comes to Apple’s self-driving car ambitions, with the brand first getting a permit to drive on the streets and then outing documents related to its efforts. Now images of the autonomous vehicle at the center of so much discussion have finally been captured on camera.

It’s a big breakthrough since reports about Apple’s self-driving car have been around for years, but no one had any idea what it looked like. The company reportedly started out wanting to build its own car, but later scaled back its efforts to only focus on software.

This might explain why the photo above is of a perfectly ordinary white Lexus RX450h SUV fitted with an array of sensors to make it stand out. A person spotted the vehicle emerging out of an Apple facility in Silicon Valley this week and passed the snaps along to Bloomberg.

The components seem to include at least two radar sensors, Velodyne Lidar Inc.’s premium 64-channel LiDAR (Light Detection and Ranging) sensor, and a number of cameras. An industry expert opines that the sensors have been purchased off the shelf from suppliers and are likely not custom-made. 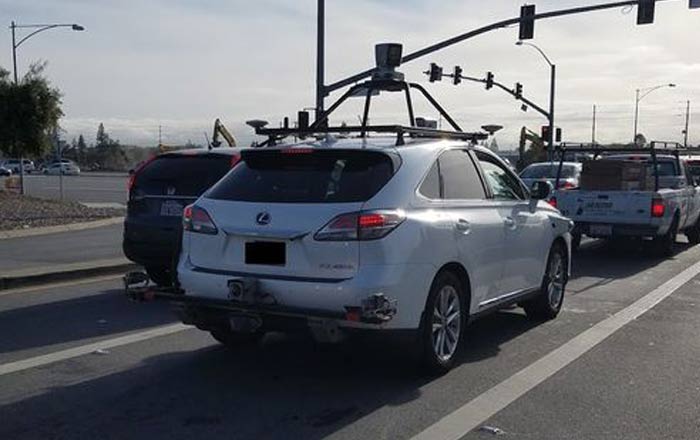 Apple is just the latest tech company to start road-testing its autonomous vehicles in California. Google’s Waymo has been a steady presence for years, coincidentally using the same Lexus RX450 to evaluate the tech.

Apple is currently allowed to test 3 Lexus RX450h SUVs and has listed 6 people as its drivers. These cars will likely be spotted out and about now, hopefully revealing more of Apple’s secretive plans.