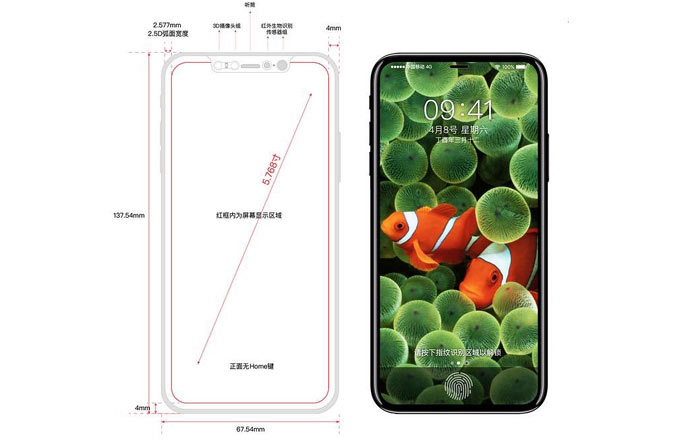 The iPhone 8 has hit rumor mills again, this time in the form of a couple of renders by Weibo leakster KK. There’s no way to determine the authenticity of the images right now, but they do fall in line with another recent leak that emerged out of the woodwork a few days ago.

The iPhone 8 depicted in the photos has a full-face design covering almost the entire front display. Interestingly, the handset’s selfie camera, microphone, ambient light sensor, proximity sensor, and 3D sensor appear to be hidden underneath the panel, with only a narrow earpiece visible at the top of the screen.

Apple had previously patented a way to mount components inside tiny holes such that they would be rendered invisible to the naked eye. It’s possible the company is taking advantage of this technology for the iPhone 8. This technique would also allow the sensors to gain access to light, acoustic signals and radio waves.

Also See: This man built his own iPhone out of spare parts

As per KK, the iPhone 8 will measure 137.54 x 67.54 in terms of height and width, respectively. This is very close to the iPhone 7’s 138.33 x 67.1mm dimensions. The diagram also indicates that the handset’s display is 5.768-inch diagonally, close to the 5.8-inch screen size bandied about within rumor circles at the moment. 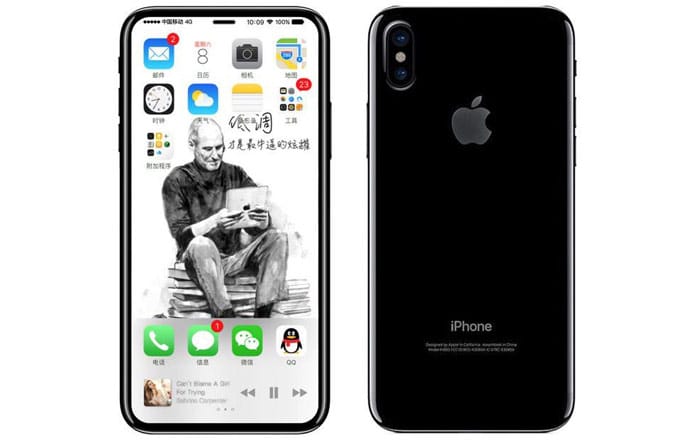 A 4mm bezel is present all around, with much of that being taken up by 2.5D glass. Dedicating most of the front to the screen has meant the death of the physical Home button. This in turn means that Touch ID is homeless. Apple is apparently trying to embed the fingerprint scanner below the panel.

If that doesn’t work out, the company could place Touch ID on the back or forego it completely in favor of facial recognition. One image notably features an LED flash unit in between two cameras, with Twitter user Ben Bajarin suggesting that the increased separation between the lenses might be a signal in the direction of 3D and AR features.