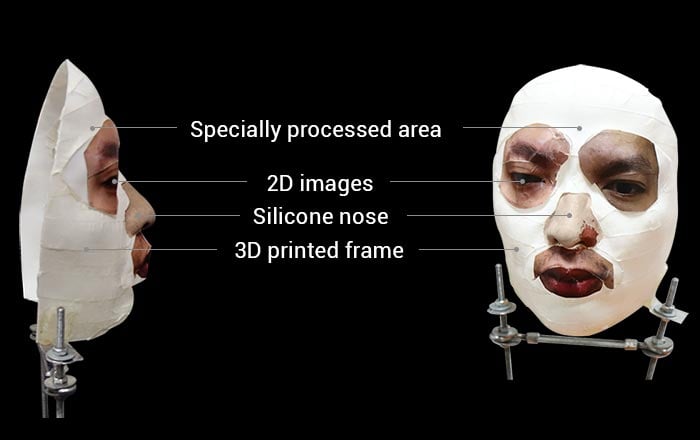 Apple’s Face ID has been widely regarded as superior to every other facial recognition system before it, but even it has some blind spots. A Vietnamese security company named Bkav claims to have rigged up a mask which successfully managed to fool the iPhone X into unlocking.

This $150 mask is made up of 2D images, a silicone nose, a specially processed area, and a 3D printed frame. As can be seen in the video below, it appears to trick Face ID on the first attempt. Plenty of people have raised questions about the video’s authenticity since it came to light, and Bkav has tried to answer some of them in a blog post.

A pair of brothers recently managed to thwart Face ID by repeatedly showing one brother’s face and typing in the password. This duped the software into thinking it should adapt and incorporate the new facial features into its arsenal. Bkav says it didn’t do this, enforcing an “absolutely no passcode” approach when developing the mask.

Plenty of publications have tried to con the iPhone X with their own masks, naturally leading to the question of how Bkav was able to it beat when so many others failed. The firm says it was successful in tricking Face ID because it understood how AI worked and knew how to bypass the software.

Still, no one knows Apple’s AI better than Apple itself. It seems unlikely it would overlook any flaws, but Bkav does point out that the iPhone X was supposed to come out in 2018. Perhaps this loophole went unnoticed.

Apple had previously boasted about the fact that it had worked with makeup artists and professional mask makers in Hollywood when creating Face ID to stop such hacks from occurring in the first place. Everyday consumers probably won’t have to be worried about this happening to them since it requires a lot of precise efforts and information about their face.