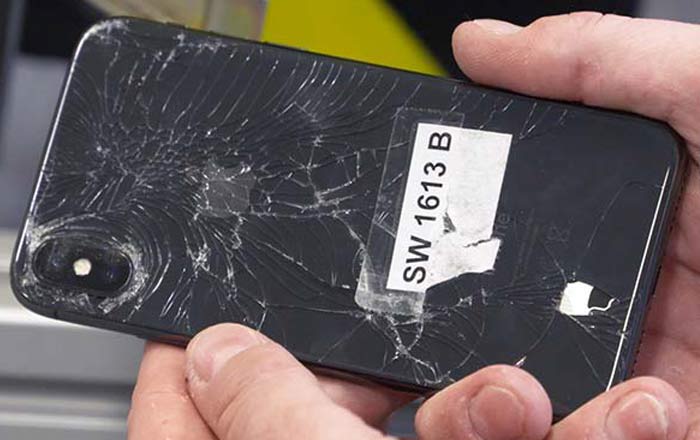 Consumer Reports has come out with its final analysis of the iPhone X, and it’s got a surprise up its sleeve. Turns out, the handset is ranked lower than the iPhone 8 and iPhone 8 Plus at number 9. Not only that, but it’s also been bested by the current top scorers – the Samsung Galaxy S8 and Galaxy S8+.

This is pretty unexpected given the rave reviews the iPhone X has received in the weeks since it got launched. Consumer Reports starts out by praising the device for its beautiful display and outstanding cameras, even noting that it’s the highest-rated smartphone shooter it’s ever evaluated.

However, things went south when it came to durability. The iPhone X did fine when it came to a simple drop test, surviving four 5 foot falls onto a concrete surface. The phone didn’t perform as well in the rotating tumbler test, with its glass back cracking open and its display showcasing bright green bars.

The iPhone 8 and iPhone 8 Plus did much better in terms of toughness, which is why the duo was ranked ahead of the iPhone X. However, the last did ace the water resistance test. It managed to remain functional after getting submerged in 3 feet of water for 30 minutes.

The other big drawback which Consumer Reports found was the iPhone X’s battery life. After setting it to 100% brightness and using a robotic finger to simulate an average consumer’s day, the company found that it lasted for 19.5 hours.

Also Read: Apple’s going back to metal for 2018 LCD iPhone

In comparison, the iPhone 8 went on for 19 hours, the iPhone 8 Plus for 21 hours, and Samsung Galaxy S8/S8+ for 26 hours. Overall, it would be a good idea to invest in a case for the iPhone X and not expect too much out of its battery life.