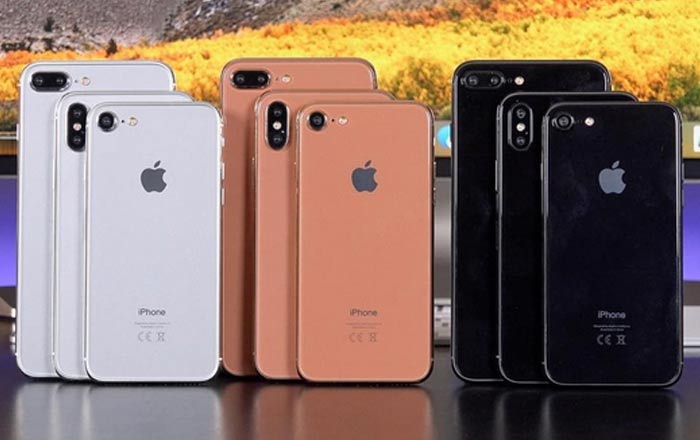 iPhone 8/Edition/X rumors are heating up in the days leading up to its launch, with several reports coming together to paint a picture of Apple’s tenth anniversary handset. The latest set confirms a number of key details like its price, design and availability.

Starting off with the image above, the photo depicts dummy models of the 2017 series of iPhones in blush/copper gold, white, and black. It was posted to Instagram by YouTuber Michael Kukielka who believes the devices will be called the iPhone 8, iPhone 8 Plus, and iPhone Edition.

Also Read: iPhone 8 may let you invoke Siri via the lock button

As for availability, South Korean supply chain official told The Investor that Apple had been fine-tuning the hardware specs for the iPhone X as recently as last week. The Cupertino-based brand hasn’t even informed the company about the exact supply volume yet. The latter began its shipments from the second half of August, much later than the usual timeline.

All this delay will probably result in the iPhone Edition hitting shops in limited quantities in September and larger numbers around November. This is a bit disappointing, but expected if Apple really was tweaking specs as late as last week. The last-minute shuffle would also explain why we’ve been hearing so many contrasting rumors over the past few weeks.