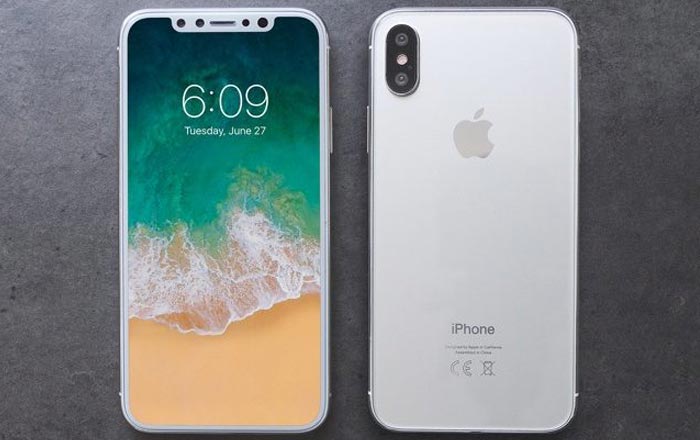 Apple is expected to completely abandon its signature round home button on the iPhone 8, both physical and virtual. This has triggered a widespread debate about how the company plans to fill the void left in the component’s absence.

While initial reports talked about using gestures on the iPhone 8 to multitask and transport a user back home, none offered any explanation regarding Siri. The virtual assistant can be brought forth by long-pressing the home button or saying ‘Hey Siri’ out loud. People who prefer the former method would be left out in the cold if Apple didn’t come up with an alternate solution.

It seems Apple has in fact come up with an alternate approach by shifting the home button’s Siri-invoking functionality to the Sleep/Wake button. iOS developer Guilherme Rambo recently tweeted about this switch, claiming that he found a gesture to activate Siri by holding the lock button in the source code.

This sounds like a nifty solution at first, but it does raise the question of how exactly Apple will distinguish long-pressing the Sleep/Wake button to switch off the iPhone 8 and triggering Siri. One theory believes that the lock button features 2 separate contact switches for this purpose, while another points out that the button can be pressed 3 times to bring up the power off and emergency SOS window.

Brazilian blog iHelp BR had previously pointed out that the Sleep/Wake button can change functions in the iPhone 8 depending on the app open. It based this assumption on the fact that there was a line of code that read ‘lockButtonAppropriateForShutter,’ which presumably means the part can be used to click photos.