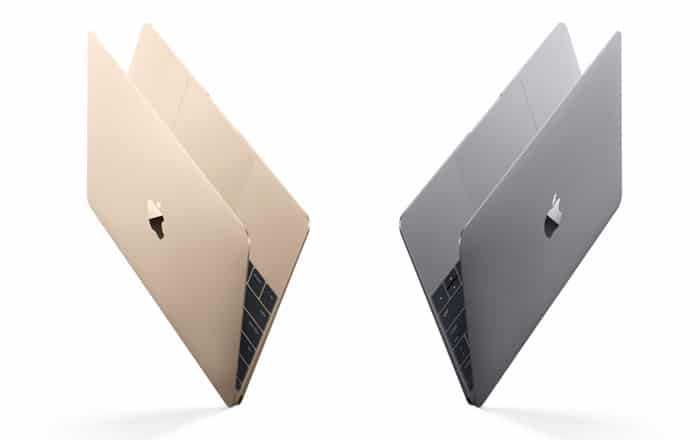 Remember the Apple MacBook which is neither suffixed with Pro nor Air? It’s that strange notebook that is now slated to receive two new cousins in the form of models featuring 13-inch and 15-inch Retina displays.

The main selling point of the currently available Apple MacBook is its mind-blowing thinness and its extremely lightweight build. And as you would expect, the new larger display equipped models too will be adhering to these standards. In fact, they have been mentioned to be thinner than the existing MacBook Air lineup despite their larger displays.

The major downside to having such a form factor is that there’s no space for standard USB ports, an Ethernet port, an HDMI port or anything of that sort. Just like their predecessor, the new Apple MacBooks too will grab just one USB Type-C port which cannot be used while charging the laptops.

A report from Digi Times has stated that these ultra-thin machines will begin shipping as early as during the second quarter of this year. That means, you can expect them to arrive any time between April and June.

The above mentioned website has stated that Apple has managed to shipped over 20.38 million Mac products in 2015. That’s a growth of 4.08% over 2014, and with the launch of the new 13-inch and 15-inch versions of the MacBook, the company is also apparently hoping to see more growth this year. Meanwhile, a number of companies have started offering similar products that are eating into Apple’s sales.

We’ll have more details on the rumoured 13-inch and 15-inch Apple MacBooks when additional details about them are out.