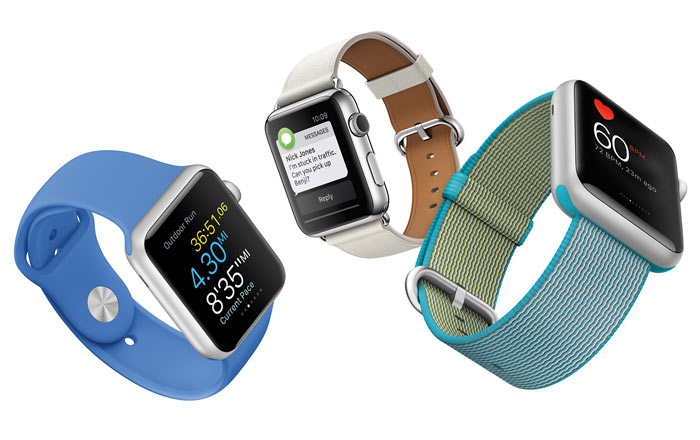 Those who were disappointed at not witnessing an Apple Watch 2 at the company’s latest event were given some respite by the news of a price drop for the earlier models. Moreover, Apple also announced a ton of new bands that have been made available for its wearables.

Those residing in the United States will now be able to purchase the basic Apple Watch for $300 instead $350. When this product was first unveiled, it was severely criticized for its high price point and while this drop isn’t a big one, it will definitely help the device grab a better foothold in the market.

The changed retail value only applies to the entry-level Sport model, and all other variants continue selling at their previous rates. People who buy it though, will be able to customize it with a number of different band options now.

Fresh nylon bands have been added to the list of available choices, and they are priced at $50. New colors make their way into the leather band category, but their cost remains at $150. Additionally, a new space-black version of the Milanese loop band has also been launched by the Cupertino-based company.

Calling the Apple Watch the bestselling smartwatch in the world, Apple CEO Tim Cook said that around a third of those who own it changed their bands after buying them. It’s hence that so much importance has been focused on giving them newer band options to choose from.

Like we said, it is only the entry-level Apple Watch Sport variant that has been granted a price cut of $50. All other versions of the wearable maintain their regular retail values.