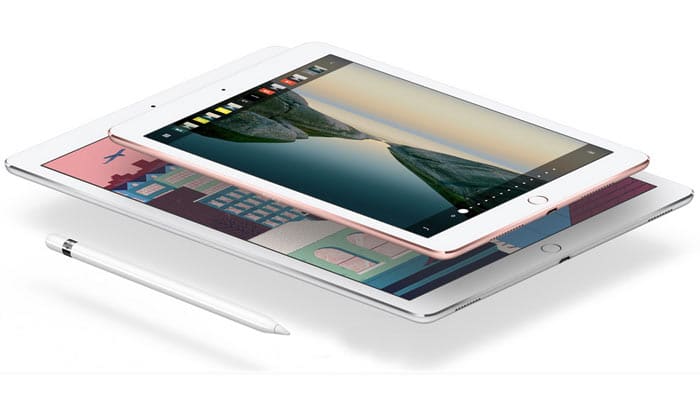 As expected, Apple has come out with a smaller 9.7-inch iPad Pro which packs almost the same innards as its bigger sibling into a more compact form factor. It’s excellent news for consumers who were turned off from the latter’s huge 12.9-inch size but still want the best of what the company has to offer.

The new iPad Pro can also be seen as the spiritual successor to the iPad Air 2 in size if not in name. It could very well turn things around for Apple, given its declining iPad sales. The brand even noted that its 9.7-inch tablets were the most popular out of all the choices it offers. Going smaller in order to appeal to a wider audience was basically the theme of its Keynote, what with the launch of the 4-inch iPhone SE.

Diving into its features, the 9.7-inch iPad Pro supports the Apple Pencil and Smart Keyboard, bringing the two accessories to the smaller line of iPads. It sports a 2048 × 1536p resolution screen which has been blessed with a new True Tone display technology which uses ambient light sensors to detect a user’s surroundings and automatically changes the color and intensity to make reading easy on the eyes.

A rapid take on the top specifications of the 9.7-inch Apple iPad Pro:

One major factor distinguishing the new iPad Pro from the older one is its better camera setup. Just like the iPhone 6S, the tablet offers a 12MP iSight rear snapper which can capture 4K videos and Live Photos. It’s additionally the first iPad to offer True Tone flash for more realistic-looking skin tones. Even the 5MP selfie snapper grabs this feature in conjunction with Retina Flash.

The 9.7-inch Apple iPad Pro will then move on to its second wave of release in countries such as India. It’ll start at Rs 49900 for the 32GB Wi-Fi only model and go up to Rs 61900 for the same capacity Wi-Fi and Cellular version.