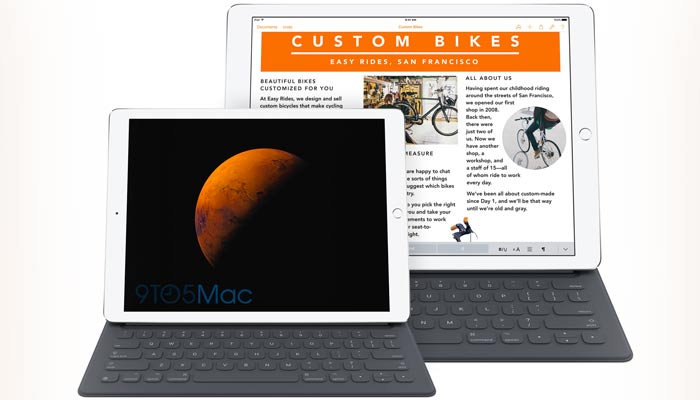 Apple’s smaller iPad Pro has already been extensively leaked over the past few weeks, with nothing remaining but an official confirmation and its price. While we’ll only get the first on March 21, a new rumor has now cleared the mystery of the second.

According to insider sources, the base 9.7-inch iPad Pro is priced at $599. For that amount, buyers will get 32GB of internal room and Wi-Fi only connectivity. Apple is also set to offer a 128GB model and LTE-ready units at a higher asking rate. The new tablet is the most expensive 9.7-inch tablet put out by the company till date.

To put this in perspective, the current cost of the 16GB 9.7-inch iPad Air 2 is $499 and the 64GB one is $599. Consumers will be presented with an interesting choice here, depending on whether they want to pay less for half the storage or pay the same amount for double the memory. Furthermore, 9to5Mac doesn’t think Apple is going to discontinue the line.

The same can’t be said for the original iPad. Apple has been cutting down on supplies for the device at resellers, hinting at a possible end to the model. In other iPad series news, the company isn’t planning on updating the 12.9-inch iPad Pro or the iPad mini 4 at its March 21 event. This seemed unlikely anyway, given there hasn’t been any indication of this happening.

To recap, the 9.7-inch iPad Pro is rumored to be heavily borrowing its specs from the 12.9-inch version. It’ll apparently be able to support the Apple Pencil, sport a brighter display, pack an A9X processor, and blast music through 4 stereo speakers. The tablet is also supposed to carry a 12MP rear camera, a distinct advantage over its bigger cousin’s 8MP one.

We’re only a few days away from Apple’s March 21 event, so you won’t have to wait long to find out if any of this information about the smaller iPad Pro is accurate.