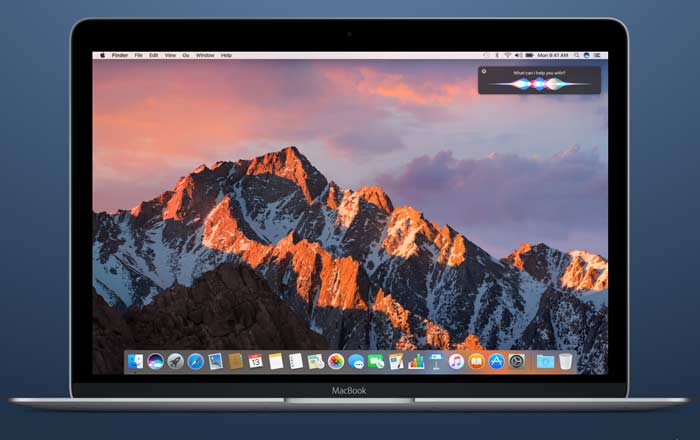 Apple has rechristened its OS X platform to macOS. What’s more, it has also unveiled macOS Sierra, the newest desktop software that is now available for developers and will be rolled out as a public beta this July. The final version of this operating system will be released this fall.

Among the many new things that macOS Sierra can boast of is support for Siri. Apple’s faithful iOS digital assistant has finally taken the desktop leap by setting itself right in the iconic bottom dock. The functionality of Siri doesn’t change much from its iOS counterpart, so it’s the same helpful and at times funny assistant that it has been over all these years.

Sierra will also being with it an Auto Unlock trait which will unlock your desktop or laptop instantly if you’re wearing an Apple Watch. A major highlight of this year’s macOS is the enhanced Continuity attribute. For those unaware, Continuity is a feature that allows seamless interactions between the iPhone and macOS systems.

One of them is Universal Clipboard which allows you to copy text or URLs on a Mac or iOS device and paste it on another, as long as they both have the same iCloud account. Moreover, Continuity will also allow all your files to be accessed on any iDevice that you’re logged into. There will even be a picture-in-picture mode in macOS similar to the one on the iPad.

If you’ve signed up for the Apple Developer Program, you can get macOS Sierra right now by visiting this link. As for others, a public beta will go live in July, followed by a full release this fall.