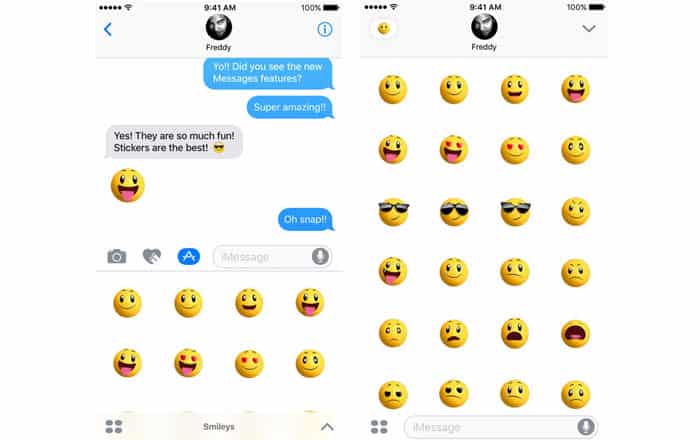 Apple’s WWDC conference this year was dominated by iOS 10, in particular the huge revamps expected within iMessage. The company has now released four brand new animated sticker packs for the beta version of the software.

This is exciting news for emoji fans who are clamoring for some fresh variety in the kind of emojis Apple offers. The brand is casting its net wider in iOS 10, allowing third-party developers to add their own emoticons or gif packs to iMessage through the Messages API. 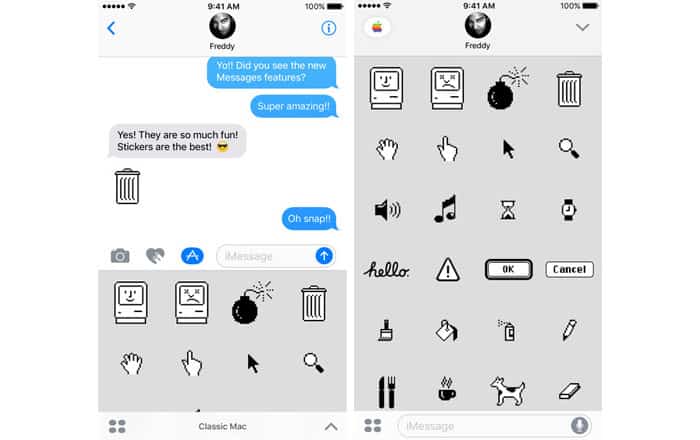 Apple has now lifted the veil off what these third-party integrations could offer in the form of four new animated sticker packs. The emoji are currently up for downloads over at iTunes, though it can only be used if a person’s phone is running the beta version of iOS 10.

The new emoticon collections include classic black and white Mac icons, three-dimensional smileys, a number of heart animations, and grey-colored hand gestures like a fist bump and thumbs up. The first is a pretty neat idea, a throwback to Apple’s old-school set of stickers from the 80s.

It’ll likely appeal to both nostalgia hounds and vintage enthusiasts who’d like to get a feel of what messaging was like decades ago. Individuals won’t even have to venture outside iMessage to get their hands on the stickers since it can be accessed right within the Messages window under the App Store tab.

Other major changes coming for iMessage in iOS 10 include automatic emoji suggestions, GIF search, and larger emoticons which are 3 times bigger than before. Moreover, people will get to try out a cool new invisible ink feature which can only be read once the recipient swipes over the text. You can check out the new stickers via iTunes.