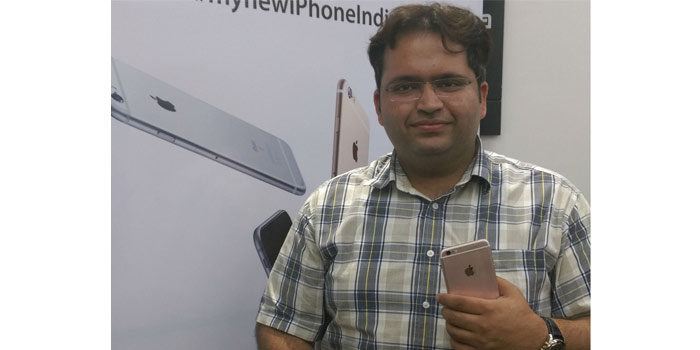 Purchasing the iPhone is not that big a deal, but when you’re buying the latest model of the Apple device in the form of its large version and that too, with the highest amount of storage space available, things are bound to get expensive. Moreover, if the handset is being bought in India you can bet that you’re spending more money on an iPhone than anywhere else in the world.

Rahul Malik who happens to be a 29-year-old doctor residing in New Delhi managed to buy a 128GB version of the iPhone 6S Plus on launch day at a staggering cost of Rs 92000. And since the new Apple smartphone costs its dearest in India, he has ended up with the world’s most expensive iPhone now.

‘The price doesn’t matter. If you spend more, you get better quality. If you spend less, you get inferior quality,’ Malik has been quoted to have said by Mashable after he made his midnight purchase of the device, like thousands of others from the country. The first thing he reportedly did after he bought the phone was take a selfie.

There are several reasons for the iPhone costing a bomb in India, but the prime one among them is the extremely high import duties. These have been introduced this year in order to encourage manufacturing of devices inside India. While players like Samsung, Micromax and many Chinese companies have already started doing that, Apple is still to get into the game.

Also Read: Find the answer to why your iPhone has different screens for showing an incoming call

Looks like Apple too will have to toe the line in the future if it really wants to bring the costs of its iPhone models in India down.