Utilizing the large displays of tablets for running two apps on the same screen was a feature present only on select Android tablets until iOS 9 finally brought it to the iPad. However, this trait is still limited to the Air and Air 2 versions of Apple’s tablets.

A fresh report has now hinted at the possibility of the upcoming iPad mini 4 too benefiting from Split View when it’s out. A clue suggesting this has been surprisingly found hidden inside a developer tool in El Capitan, Apple’s latest desktop OS.

9to5Mac, along with a developer named Hamza Sood, has discovered that the tool in question is meant to test out the responsiveness of website designs, while also allowing developers to simulate an iPad mini 3 running Safari in a split-view mode. It is to be noted that iPad mini 3 does not support Split View at all. 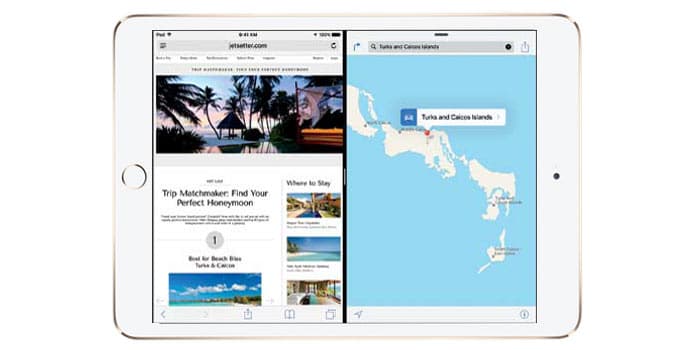 It’s this fact that has led many to believe that a future version of the iPad mini will be equipped with support for this feature. If indeed true, the feature will allow owners of the tablets to split their screens and have two apps running on them side-by-side.

There’s no news on when an iPad mini 4 will be unveiled by the company, but we do expect the Cupertino-giant to hold an event on September 9 for unveiling the iPhone 6S and the iPhone 6S Plus, and perhaps even their 6C cousin. Let us see whether the tablet too is showcased at this gathering or not.

Also Read: More specs of the Apple iPad Pro have been leaked

If the iPad mini 4 will indeed support Split View, it will need top-end hardware, which means the next-gen device could be borrowing the A8X processor of the Air 2.