In quite an unexpected development, Apple has come up with a Smart Battery Case meant to be used with its iPhone 6 and 6S handsets. It’s a weird product in more ways than one, but let us first tell you that it will push you back by as much as $100 in case you’re thinking of buying it.

That’s quite a steep price to pay for a product which does not even double up your talktime. With the Smart Battery Case wrapped around your iPhone 6S, your device will be able to offer 25 hours of talktime, whereas without it, you can gain up to 14 hours.

The battery capacity of this case has been kept a secret for perhaps the same reason. It does provide protection to your iPhone by acting as a case, but it adds quite some thickness to it as well, due to the battery bulge at the rear end. 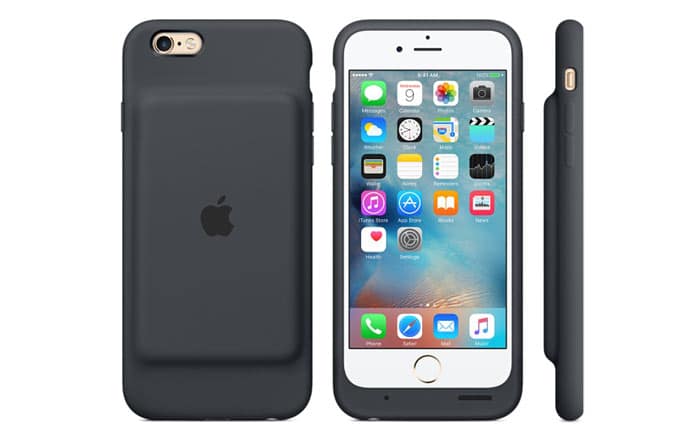 An advantage it has over affordable third-party products of similar nature is that it shows you its own battery usage in the notifications area. It has the necessary cutouts for the Lightning port and the audio jack, while it has even been revealed to be compatible with iPhone docks.

Those who find the 6 or the 6S models slippery should know that the case grabs a silicone exterior to provide you with some added grip. On its inside, it bears soft microfiber lining to protect the device, whereas its special elastomer hinge design makes it easy to wear and remove the case.

Black and white are the only two colors the new iPhone Smart Battery Case comes dressed in. As you probably might have guessed by now, they don’t support the Plus models. You can buy them through the Apple website right now.