Facebook Messenger has long been exhibiting an interface meant for phones, and it’s high time the company showed some love for tablets. Android devices will have to wait for now, but iPad owners who use the app on a daily basis will be pleased to know that it has been granted native support for Apple’s slabs.

An update for the utility is live now on the App Store, bringing with it a couple of other features as well, like support for saving Messenger videos in the camera roll and stability fixes. But what’s missing is a bunch of cool traits which the app was granted recently. 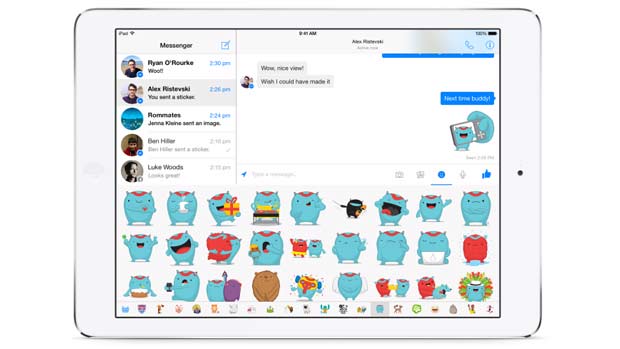 As TechCrunch has pointed out, the quick video-recording attribute which was added to Facebook Messenger a while ago has been kept out of this iPad version. Moreover, the split-screen selfie camera feature too has been given a miss by the developers.

In terms of the interface, this iPad version kicks in a pretty spread out layout that’s in a way identical to that of the Messages section of Facebook for web. And of course, popular features like stickers, group conversations, voice messages, free calling (select regions only) and location sharing are all there in this version.

While this app has been available for Apple and Android devices since long, it only recently made the jump to Windows Phone. It’s a separate utility to the Facebook app, allowing users only to chat with their friends in an easier way than they can in the main app. 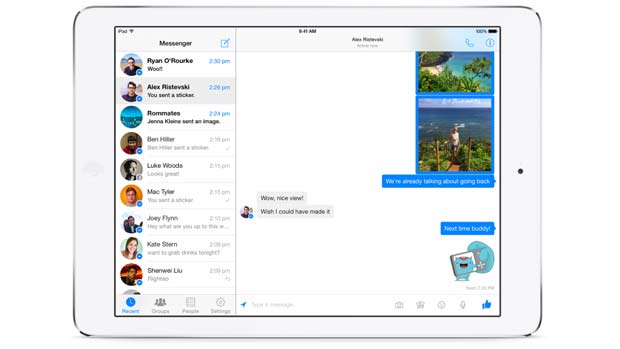 The Facebook Messenger update which grants it iPad support is live now on the App Store. We can expect the same to be doled out for the Android version soon as well.