Three UK has finally let out iPad Air and iPad mini with Retina display’s launch details for the country and interested users will be glad to know that the former will be up for sale starting tomorrow. As for the mini gadget, its cellular version will hit the carrier sometime in November, but the exact date is yet to be revealed.

Both gadgets will run DC-HSDPA+ 3G network of the service provider right away and will be compatible with 4G once it is made available in December. Three has revealed that users can upgrade to the faster network speed when it is launched, without paying extra charges. It goes without saying that potential buyers will have to choose one of the qualifying monthly data plans too. 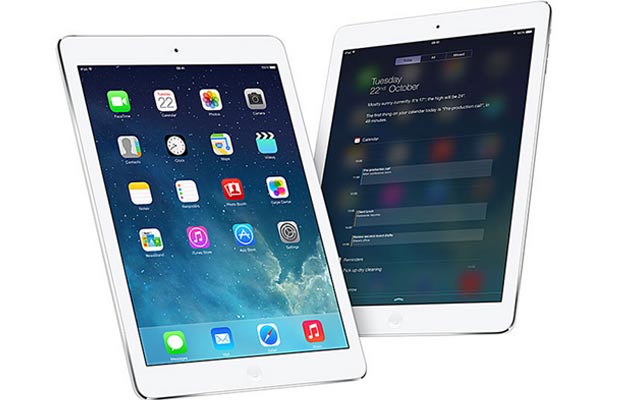 The 16GB iPad Air Wi-Fi + cellular can be purchased for an upfront cost of £499 and monthly rental of £7.50 for 1GB of data on the monthly rolling plan. Opting for 10GB of data per month will require customers to pay up £15 every month. Its 32GB and 64GB versions are also available with monthly rolling plans as well as two-year agreements for starting prices of £579 and £679, respectively. And according to the official Apple website, the cellular version of 128GB of this tablet will set them back by £739.

Here’s a list of the key specifications of the iPad Air:

The iPad Air’s cellular version will be available starting tomorrow in the UK via Three, in the US via T-Mobile, Verizon Wireless, AT&T and Sprint as well as some other regions across the globe.