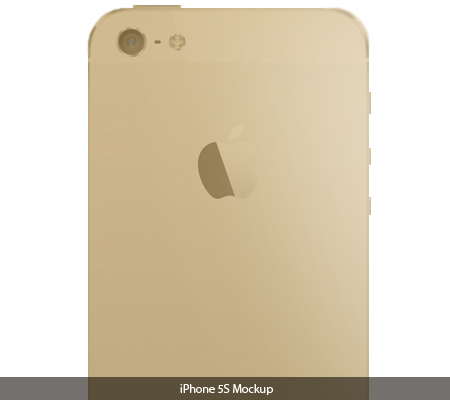 Adding to the pile of rumors about the next generation iPhone (5S?) is photographic ‘evidence’ which suggests that Apple will literally be bringing more shine to its lineup with a gold colored smartphone. And critics say the brand is losing its innovative fizz. Unbelievable, we know.

The disturbing idea of Apple hiding a gold iPhone 5S up its sleeves is not entirely fresh. Just last month, BGR posted a series of pictures of the components that would be hidden within the upcoming smartphone. Apart from innards which hinted at the company redesigning its internal bits and pieces in a manner that allows it to make elbow room for new ones, there was one particularly interesting detail.

We’re talking about a detail which has the power to change history, transform that way we look at Apple as a brand – the iPhone 5S may be going down the path to bling. A dull silver SIM card tray and a pale gold one were photographed sitting side by side. The former is reported to be similar to the one used in the presently available white iOS smartphone.

It’s the appearance of the latter that has kicked off all the fanciful rumors of a gold colored Apple iPhone 5S. There’s no black SIM card tray of the sort found in the present generation handset (check it out in the video we’ve posted below), silver and a shade that lingers on pale bronze being the only ones shown. So will the company be letting go of black?

Now Japanese blog Macotakara, has cited an unnamed source while claiming that the forthcoming phone will arrive in black, white and gold. We’re taking this whole story with a generous pinch of salt. If the Apple iPhone 5S wants to make a glitzy fool of itself, Stuart Hughes would probably be more than willing to oblige.

Do buyers really need to be presented with a gold iPhone 5S option in the quest to making sure the premium status that goes with the brand sticks? Our best bet is that if the new SIM card tray color implies a fresh hue, it could mean a beige iOS smartphone, not an excuse of an eyesore.