TechShout
Home Apple Has Apple lost its cool factor and can iWatch save it?

Here’s a video summing up one of the many things people have been saying about the C for Color phone. And the next one is a picture of an eager beaver camped outside an Apple store in Tokyo almost a week before the iPhone 5S and 5C are launched. Looks like a split vote between the haters and the lovers no? But deep down inside, Tim Cook knows that things could spiral out of control before the iPhone 6 (and 6C?) is upon us.

There’s no denying it, Apple dropped a stinker by simply repackaging the iPhone 5 as the 5C and putting colors that encourage eye-gouging onto the device. Then it went ahead and won the prize for the first device manufacturer to make Crocs for handsets.

As for the iPhone 5S, the traditional black and white colors were dropped for gray, silver and gold options. A fingerprint sensor and 64-bit A7 processor were the best things Apple had to show after a year of R&D. Also, the company decided to go for pixel size in the revamped 8MP iSight camera. This will definitely mean an awesome sensor on the device if our experience with its predecessor is anything to judge it by.

– But there’s a thing such as too much of the same design. No matter how beautiful it may be, we’re all getting tired of seeing the same iPhone at each launch. Sticking to a good bet and simply refining it by a degree every consecutive year is not what people expect from the makers of the Jesus phone. The sort of premium Cupertino products demand should be justified by innovation, not novelty features like Touch ID.

– When did Apple say it was going to build a cheap iPhone? That’s right, it never did. Ever since we started hearing reports about Android spoiling its groove, speculations about a less expensive iOS handset started messing with everyone’s heads. We mean, what else could the company do to stay on top? We should have known better.

– But if you’re planning to put your old smartphone in a plastic shell and sell it as a new one, how about docking some heavy points off the price tag? The unlocked 16GB iPhone 5 cost $699 and the SIM-free 5C is pegged at $549. Clearly, ‘cheap’ is not a concept Apple would touch with a 10-foot pole.

Is this where the iWatch comes in?

The Samsung Galaxy Gear, Qualcomm Toq and Nissan Nismo were introduced to us less than two weeks ago. Excluding the last one which is purpose-built to connect owners to their Nismo cars, the other two serve as intermediaries between smartphone and user. Apple hasn’t done a smartwatch yet. No, the nano doesn’t act like one just because you strap it to a wristband.

It’s not just Apple that’s suffering the brunt of cheaper Android gadgets flooding shelves. Lesser known device vendors like Xiaomi and Micromax are already eating away at the market share of big brands. So Cupertino can either continue making expensive handsets and pouring the profits into their R&D or move in a new direction. And smartwatches are looking hot right now. 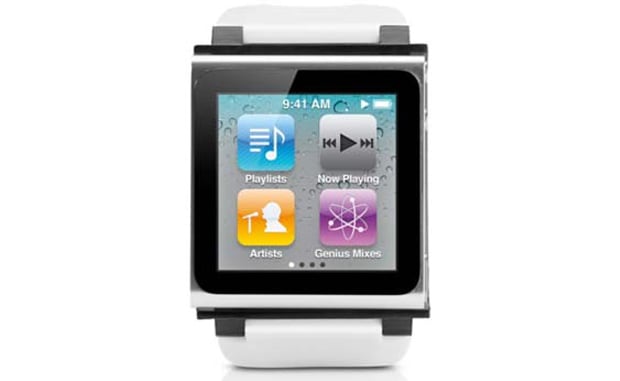 It’s difficult to say whether other companies have jumped onto the field owing solely due to iWatch rumors or if it’s just the normal evolution of tech at play here. But wearable devices have arrived. DigiTimes hints that issues in the supply chain may push the release date of the iWatch farther away. It’s been estimated that a $149 to $229 smartwatch from Apple will be launched in the second half of 2014.

Previously, there were reports of the company having filed for a trademark in relation to the aforesaid name. There’s barely anything substantial we know about the iWatch so far. But if it helps Apple to salvage its reputation as the king of innovation, we’re expecting something awesome.