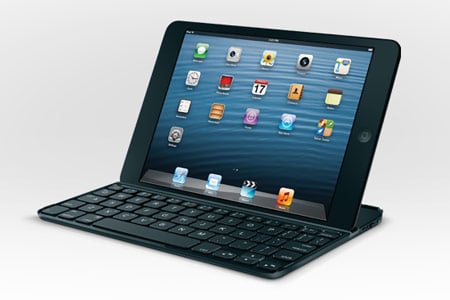 The $79.99 price of the Logitech Ultrathin Keyboard for the iPad mini has been officially announced and we even have a rough release date to share. The slim protective cover has been designed to enhance the experience that’s inherited with the tablet and doubles up as a stand for viewing movies and videos on the Apple device.

It has been toned down for use with the slightly more compact version of the iPad. It works in the same way as its predecessor for the larger of Apple’s two tablets and attaches to the device through a magnetic clip so that it is always securely when being carried. 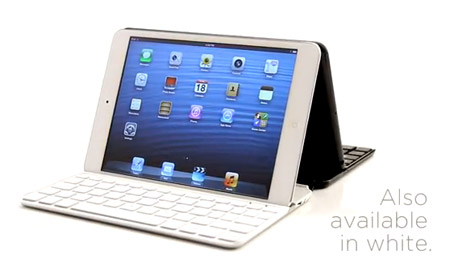 It is meant to pair instantly with the slab through Bluetooth and its EasyType keys imbibe a traditional layout and have been crafted in a standard size. This means that even though the unit is smaller (coming in a seven-inch form factor), it still retains a typing experience that is both comfortable and familiar.

In addition, it has function shortcut keys which can be easily accessed using just a few button presses. These can be used for quick commands such as when something needs to be copied from one location and pasted to another. It is crafted from aluminum making it durable and light in weight at the same time. 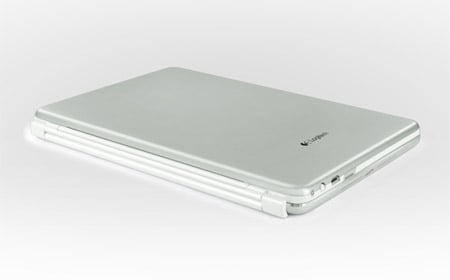 When used in stand mode it allows for hands-free viewing, and comes with an in-built battery extending usage time further. The company says the auxiliary power unit can deliver about three months of juice, when used for two hours a day.

There is an instant on/off features which means when the cover is closed, the device is put to sleep, which helps save on battery consumption; and when opened, it automatically wakes the tablet. The video posted below has Mike Culver, Vice President of brand development for the company, explaining the essentials of the cover. Hit the jump for more information on the same.

The Logitech Ultrathin Keyboard for the iPad mini will be made available in the US and across Europe sometime this month. Tags of $79.99, £69.99 and 79.99 Euros are expected to be attached to the sleek gadget, and it can be pre-ordered now from the official websites for the above regions.