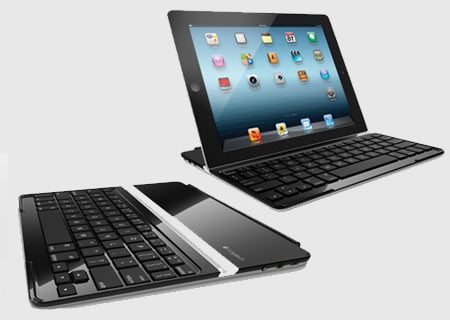 Besides presenting itself as an accessory which enables quick text input, the Logitech Ultrathin Keyboard Cover also appears to serve as a screen protector for Apple’s new iPad and its previous generations. This multipurpose gadget is sprayed with a piano-black finish and it is scheduled to go live in the US and Europe sometime this month.

The device in question is apparently highly similar to a Smart Cover that can be securely attached to the iPad through a magnetic clip with ease. It operates via Bluetooth which eliminates the hassle of wires. For added convenience, the keyboard accessory incorporates an instant On and Off feature. Through this, the iPad should automatically wake up or power down to standby when the cover is opened and closed, respectively.

“The third-generation iPad and its apps are designed to give you more control and creativity, whether you are editing photos and movies, making music or writing a novel. The new Logitech Ultrathin Keyboard Cover – with its ultra-sleek, smart design and extended keyboard battery life – provides a convenient way for you to make the most of your iPad no matter what activity you are using it for,” expressed Alexis Richard, director of product marketing at Logitech.

In addition to its enhanced navigation offerings, the device is said to have a battery life that’s capable of lasting for up to 6 months on a single charge, based on an average usage of 2 hours per day. What’s more, the company has confirmed that previously launched accessories such as the Logitech Keyboard Case for iPad 2 and the Logitech Tablet Keyboard for iPad are compatible with Apple’s third-generation slate as well. 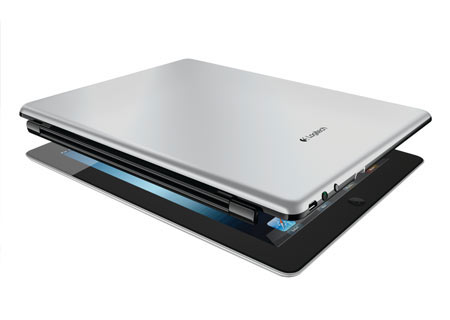 The Logitech Ultrathin Keyboard Cover price sums up to $99.99 and it’s available for pre-order through the company’s website.