TechShout
Home Apple iPhone 5 to be sold by Sprint in October? 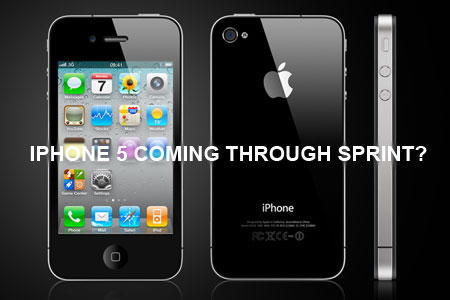 Sources apparently ‘familiar with the matter,’ have put the word out that Apple’s fervidly anticipated iPhone 5 is set to be offered with a Sprint connection when it launches this October. AT&T and Verizon have already been confirmed to be the iPhone 5’s official carriers. As it turns out, the rumor regarding its pre-orders commencing on the September 29 might emerge to be true.

According to a report by Engadget, the Wall Street Journal has gone on to publish that the device will be out in mid-October. Tons of speculations are making the rounds everyday about the release date of Apple’s new baby, but ‘wait and watch’ seems to be the only option we’re left with. And if this report is to be believed then, the rumored October 7 launch date seems to have been pushed a little. The WSJ report has also touted the smartphone to be ‘thinner and lighter with an improved digital camera.’

This somewhat confirms the reports which indicated that the device will sport a new design and also be flanked by an 8MP camera. For tech-maniacs who go head over heels on hearing any piece of info about the iPhone 5, this is Apple’s first smartphone to kick in the A5 dual core processor which was brought to fore by the iPad 2. Furthermore, it doesn’t take a genius to figure out that the iOS 5, which was announced to be released this fall, would also be debuting along with this device.

With all this mumbo jumbo about the rumors which keep surfacing each day, Apple’s ‘mum strategy’ sure seems to be working considering the anticipation that has been generated by the device. And to add to that, there’s the latest speculation of Sprint being the third carrier of the October-bound iPhone 5.