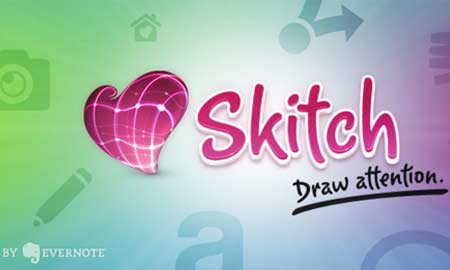 With a purpose to include new functionalities to its applications, Evernote has decided to take over popular Apple application developer Skitch which is known for its image handlings and annotation capabilities. The merger is expected to initiate developments of better applications for a wide range of systems and mobile devices, says the Evernote blog.

The association will lead to enhancements in the existing Evernote applications as they will now possess additional features of Skitch. Reportedly, the former will also work towards improving Skitch for Mac and creating new apps for other operating systems, allowing a large number of people to take advantage of it.

But Mac users need not be disappointed as their favored Skitch application will continue to retain all its functionalities. Pictures from Evernote can be easily dragged to Skitch for Mac to edit and annotate. Once edited, they can be brought back to Evernote with the help of the Drag Me feature. Also, users can take screenshots and drag them to Evernote. Using both applications together has been made simple.

And that’s not all. Evernote has something else in store for its users too. The price tag of $19.95 which was attached to the Skitch application has been removed for good. The app can now be downloaded for free from the Apple App Store and trial versions will no longer be available. Evernote has also done away with unwanted advertisements and restrictions.

Present users can sign in with their Skitch.com accounts while it can also be accessed through the Evernote ID.