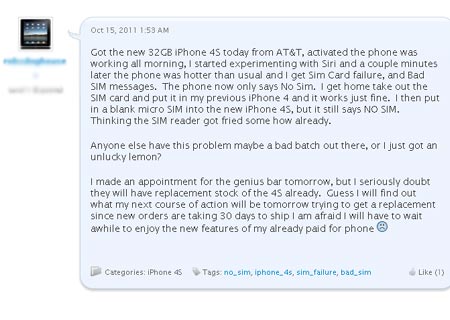 Apple may have tried to fix the bugs causing the battery drain issue through the last iOS update, but it’s not all over for the Cupertino giant as some users are apparently facing a SIM card failure message on the iPhone 4S. It’s unclear whether the problem is software related or due to technical faults in the hardware.

Covering carriers such as AT&T and Sprint as well as Verizon Wireless, the SIM failure message seems to pop up even though a card is inserted. These reports have surfaced on the Apple Support Communities forum. According to TUAW, the smartphone for some unknown reason, averts recognizing the SIM. Also, multiple users have witnessed different error messages such as ‘No SIM card installed,’ ‘SIM failure,’ ‘No service’ or ‘SIM is invalid.’ 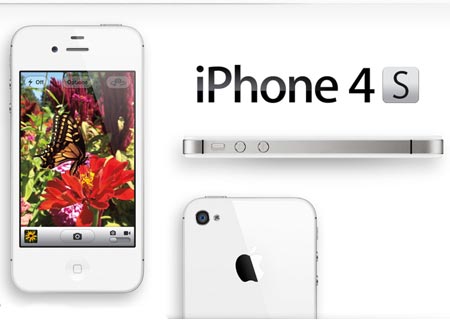 Most reports on the iPhone section of Apple’s forums state that the problem occurs on the 32GB and 16GB variants of the handset. However, a few users have managed to temporarily solve the issue by either replacing the SIM card with a new one from their respective carrier or by completely shutting off the device for a few hours, allow it to cool down and then reinserting the SIM card.

The iPhone 4S SIM card failure issue is still pending official confirmation from Apple. Also, the problem could be another iOS 5 flaw, a technical fault in the hardware or most likely caused due to overheating of the device. Users facing this issue are advised to immediately head over to the nearest Apple Store or request a replacement SIM from their network carriers.