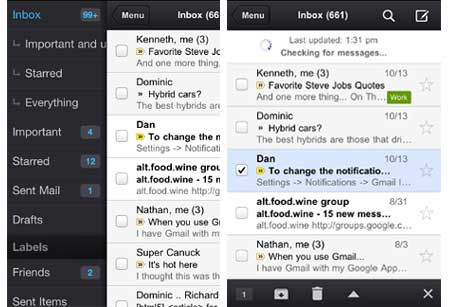 The Gmail app for iOS devices is back after some fixes and repairs to it. It has been two weeks since the application was first introduced and pulled back quicker than blinking, or almost.

The Gmail app for iOS devices was a long wait for many iPhone, iPad, and iPod touch owners who happen to be regular users of the email service. Of course, the mobile web version was always accessible, but that restricted full blown use of the service to some extent.

Within hours of being let loose on November 2, the app attained a significant number of downloads to boast about. But it turned out that the software was ridden with bug issues. There were reports of an error message popping up when users tried to access the notifications bar. This led to Google withdrawing the app within 24 hours of its introduction.

“In the short time the app was public we received a lot of helpful feedback and feature requests. This included requests for everything from bigger features like multiple account support to customizations like improved notifications and mobile specific signatures,” posted Matthew Izatt, Product Manager on the official blog which announced the resurrection of this much anticipated app. 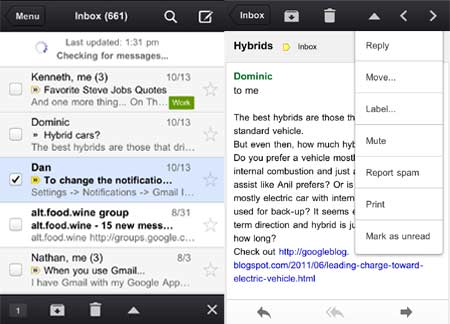 After a span of two weeks, the application is now available in the market again. Google assures fans that this time, it has taken care of the bug and the notifications are working just fine. Additionally, it has improved the handling of image HTML messages, which will now fit the screen of the handheld device in question. Also, the company promises newer and better features for the app in the future, based on user requests and feedback.

The improved version of the Gmail app for iOS devices is available for download from the Apple App Store. For users who are still using the older version of the app released on November 2, the company requests them to sign out or uninstall it to start using the new one.