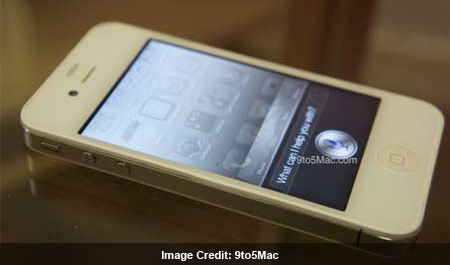 With word on Siri being ported to the iPhone 4 hitting the headlines lately, it looks like the software may not be restricted to the iPhone 4S for long. However, it’s a not a commercial release that we’re talking about, but merely a hack of sorts.

Developer Steven Troughton-Smith has been working with 9to5Mac over managing to tweak the iPhone 4 with the Siri update. The software in question worked on the iPhone 4 as the iPhone 4S Siri and SpringBoard files were loaded on the former device.

The Siri software installed on the iPhone 4 is capable of interpreting commands in the standard as well as the keyboard Dictation view. When tinkered to work with the iPhone 4, it could also respond to users by speaking back. The only problem seems to be that of a special GPU driver needed for the iPhone 4 which has not been integrated in the newest iPhone’s binary cache containing the Siri files. This is basically the reason for the predecessor’s slow response.

Though the iPhone 4 does not boast of the A5 processor found the 4S, can still support the Siri software. This is due to the A4 processor which is appears to be competent enough to handle the artificial intelligence system. Which brings us to why Apple wants to save it only for their new smartphone. Let’s just hope the guys at Cupertino plan to work on porting Siri to the iPhone 4 and other iDevices in the future.