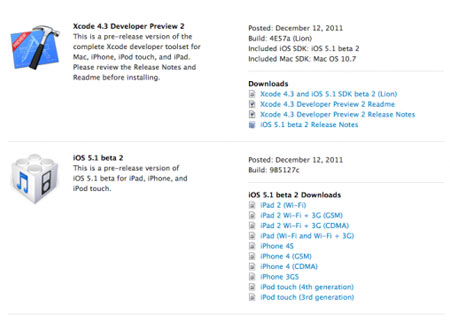 The iOS 5.1 beta 2 update from Apple was recently reported to have made its way out of Cupertino HQ. The new software release is expected to bring in much needed capabilities to the Photo Stream app and is compatible with the iPhone, iPad and iPod touch.

With the launch of iOS 5 and the integration of the iCloud service, pictures captured and stored within the company’s servers cannot be deleted due to lack of this particular functionality and the only option available is to format the entire system and start fresh. However through the iOS 5.1 beta 2 update, The Next Web reports that images captured employing iOS 5.1 can now be trashed from within Photo Stream and at the same time removed from other devices running on the software. For permanently removing older photographs, users may have to manually shred pictures from each of their iDevices.

What’s unclear within this update is whether it addresses fixes for all the remaining issues like the battery drain bug. The said post also mentions that this version of the iOS 5.1 beta release is expected to hit a dead end on January 31, 2012. Besides these, Xcode 4.3 and Apple TV received upgrades as well. Previously, the company rolled out its first beta release of iOS 5.1 which brought in a few improvements to the dictation integration for the virtual personal assistant application, Siri.

The iOS 5.1 beta 2 software update is now being seeded through the Apple developer website. This new release is compatible with the iPhone 3GS and later, iPod touch 3G or newer as well as all variants of the iPad and iPad 2.