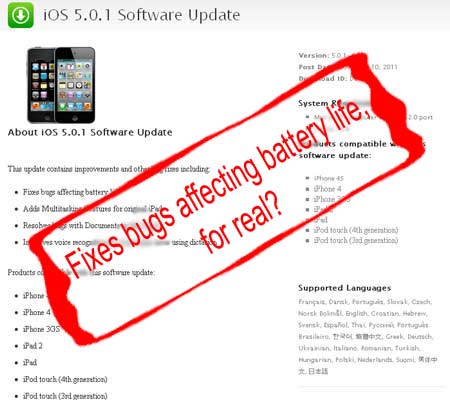 Although the iOS 5.0.1 software update was issued to fix the battery drain problem caused by a number of bugs present in the OS, it wasn’t long before numerous reports surfaced stating the new release to hold the least or no effect at all. Besides this, a few users even mentioned the upgrade to have worsened the battery drain situation.

Based on a statement made to AllThingsD from the Cupertino giants, Apple once again clearly pointed out that although the update can solve a few issues for most users, some devices may still need further fixing. So, doesn’t that mean iOS 5.0.1 is a partial solution? In addition to these acknowledgements, the company will also continue to investigate into the remaining bugs and most probably provide a new update in due time. But, similar to the previous incident, Apple still seems to have a walkaround up its sleeves that could minimize the bug effects. 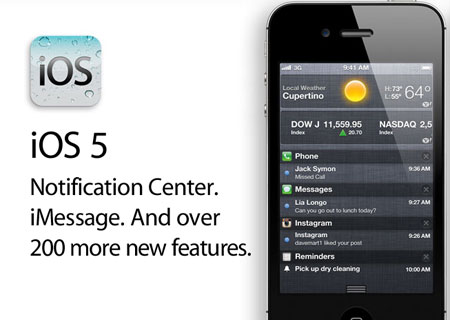 The iOS 5.0.1 software update was released a few days ago with fixes pertaining to the underlying battery drain issues which was reported since the launch of the iPhone 4S and iOS 5. However, the company claimed that the new release would fix the bugs affecting the activity life but in no way has it mentioned the specific changes carried out in the OS that supposedly solves the problem.

The iOS 5.0.1 update does fix the battery drain issue for most users, but the changes may have a different effect for others, as many claim the release to lessen the activity time even more than before.