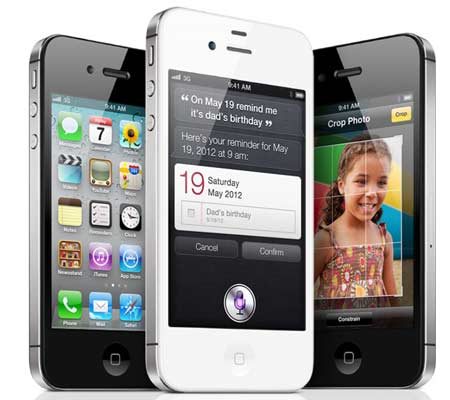 All those who had issues with the battery life of their Apple devices can heave a sigh of relief as the giant has announced the release of the iOS 5.0.1 software update. The upgrade should contain various improvements which users have been demanding for long in addition to bug fixes.

Those who have complained about the battery life of their devices deployed with this operating system time and again may want to take advantage of this update. There were several bugs that were being blamed for unsatisfying battery life of the device. This latest upgrade fixes these bugs, allowing the battery to cough up more juice, and letting users multitask on their handheld devices.

Besides this, the update has something in store for the owners of the original iPad. This Apple tablet will be bestowed with support for multitasking gestures, thus resulting in an improvement in the device’s performance. Along with bug fixes for the battery life, the company has also resolved issues related to bugs with documents in the cloud. This should, to a great extent, pacify users who store content over the cloud. 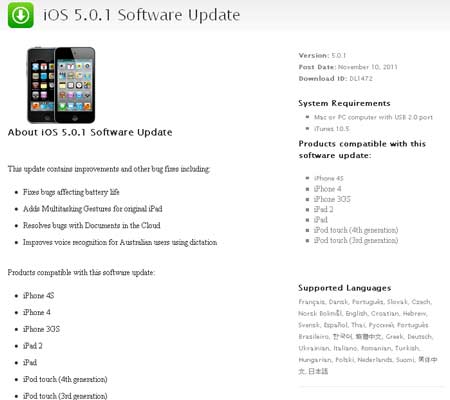 Though Apple has included voice recognition feature in its gadgets, with the iPhone 4S boasting of the Siri software, some users face limitations in terms of diction. In order to make these devices ‘more friendly’, especially for users in Australia, the last feature of the update has to do with enhancements for voice recognition.

The iOS 5.0.1 update is available for mobile devices including iPhone 4S, 4 and 3GS, third and fourth generation iPod touch and both iPad tablets. It is out through iTunes as a download as well as an over-the-air update.