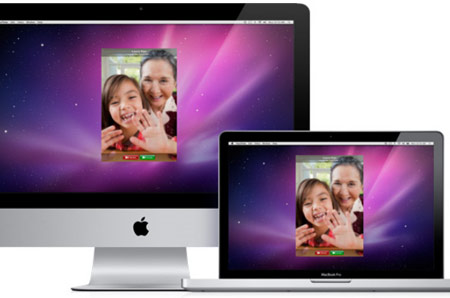 There’s no need to read between the lines to know that Apple’s been really busy of late. Apart from the MacBook Air and Mac OS X Lion, the company also introduced FaceTime for Mac. Users can now video chat with anyone over an iPhone 4, iPod touch or another Mac over Wi-Fi.

The utility tweaks the view according to how the camera on the iPhone 4 or iPod touch is rotated, irrespective of whether the front or rear camera is being used. The window frame and controls fade away and the picture-in-picture view lets users see how they appear to the person on the other end. Unless FaceTime is turned off in Preferences, incoming calls ring out on the Mac even if the facility is not open.

An Apple ID and e-mail address is required to set up FaceTime on a Mac. A contact from the Contacts list can be reached by simply clicking on the phone number for getting in touch over an iPhone 4 and the e-mail address is needed for making calls to another Mac or an iPod touch.

The beta version of FaceTime for Mac is currently available for downloading.