Machines to achieve Human Levels by 2029 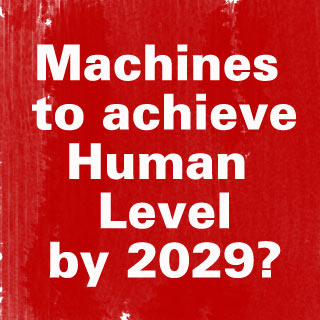 Scientists are ultimately trying to make a machine, which can actually be like a man. But this will be possible not before 2029. According to Ray Kurzweil, a computer expert, machines will achieve the human level in around 21 years’ time.

“I’ve made the case that we will have both the hardware and the software to achieve human level artificial intelligence with the broad suppleness of human intelligence including our emotional intelligence by 2029,” said Ray Kurzweil.

Further, Kurzweil is expecting 32 times more technical progress during the coming half century than there was in the entire 20th century.

The expert claims that by 2030, humans and machines will be merged through devices implanted in the body to boost intelligence and health.

“We’re already a human machine civilisation; we use our technology to expand our physical and mental horizons and this will be a further extension of that,” added Kurzweil.

Undoubtedly, machines are doing human’s work more efficiently and will continue doing it as time progresses. However, what would be interesting is to see as to how much humanity scientists can implant into the machines.