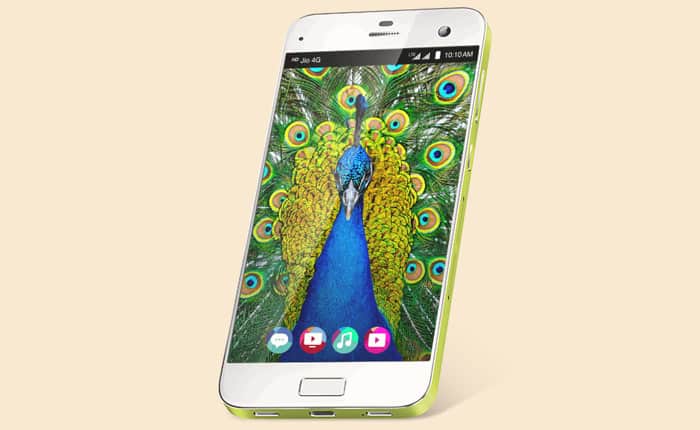 Reliance has launched the Lyf Earth 2 in India, a handset that is priced at Rs 19999 and has Retina unlock as one of its standout features. What’s even more interesting is the mobile phone market share Reliance has managed to earn in the few short months since the release of the Lyf series. Such an unexpected spurt in popularity in the smartphone industry is not unprecedented, considering Motorola’s quick gains courtesy of its Moto lineup.

A fantastically large distribution network of over 3000 physical outlets and an online store is credited to be behind Reliance’s smooth capture of the smartphone market in India. The company’s decision to roll out more than a dozen Lyf variants in 6 months, hasn’t dulled its edge. In the March quarter of 2016, Lyf was reported to be the third largest selling handset brand in India with 12.6 percent market share. Samsung took the first place and Lenovo managed to grab the second, according to Cyber Media Research and Services.

As mentioned above, one of highlights of the Lyf Earth 2 is its Retina unlock function which allows users to access the phone through the eye scanner. It also offers conventional security options covering PIN/pattern unlock and a fingerprint reader. It’s a pity Reliance didn’t launch it with the latest software and chose to stick with Android Lollipop v5.1.1 instead.

In terms of hardware, an octa core Snapdragon 615 MSM8939 processor and 3GB of RAM power it. The front is taken up by a 5-inch 1080p display, a 13MP camera and flash. Flip it over, and you’ll see yet another 13MP camera accompanied by flash. The Earth 2 sports dual SIM card slots – one for a micro SIM and the second for a nano SIM, the latter being able to alternately accommodate a memory card.

Since Reliance has been harping on about its upcoming 4G network, it made sense for the company to push out a phone with support for the same. Accordingly, the Lyf Earth 2 is capable of delivering high quality audio calls over VoLTE. The device will be made available soon with 32GB memory in 4 color options of black, white, green and gold.