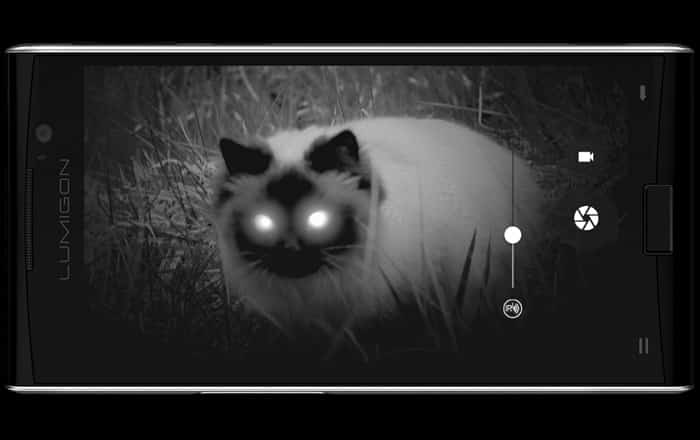 Danish smartphone maker Lumigon has gone ahead and released a phone with an in-built night vision camera. The new T3 is notably the first phone in the world to boast of the cool ability.

The Lumigon T3 clicks photos in the dark through a 4MP night vision camera with dual IR flash. There’s also a 13MP main snapper accompanied by dual-tone flash, PDAF, 120fps slow-motion skills and 4K video recording abilities. Even its 5MP front-facing lens has been decked out with 2K video recording and LED flash.

Lumigon hasn’t held back in other areas either. The new device has been fashioned out of marine-grade stainless steel and even comes in a 24-carat gold edition. It also ships with cool features like light and hand-wave sensors to dismiss an alarm with just a wave of your hand. The phone has further been equipped with a 360-degree 3D fingerprint reader for enhanced security.

The T3 has been blessed with a unique BackTouch touchpad on its rear surface to conveniently scroll through pages or take selfies. It even offers dust and water resistance to further add to its ruggedness, in addition to coming with a built-in temperature, altimeter and compass to appeal to adventure seekers.

A rapid take on the specifications of the Lumigon T3:

Night vision cameras don’t come cheap though, which is why the Lumigon T3’s $740 price tag comes as no surprise. If you’re interested, the handset is now up for sale via the brand’s website.