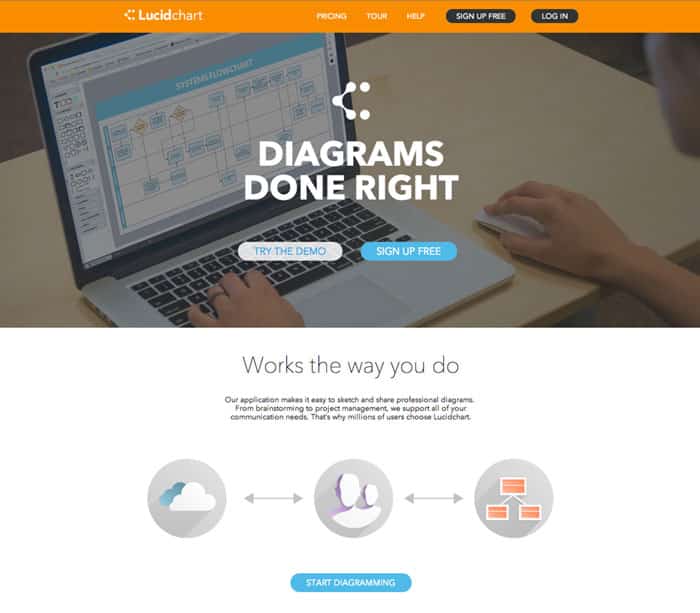 The human brain can process only a limited amount of information at any given time, and visual information is processed 60,000 times faster than text. Lucid Software works to ensure effective visual communication can be a daily reality for its users. The company, which is a leading provider of cloud-based visual productivity applications, announced the release of add-ins for Microsoft Word, PowerPoint and Excel. The new add-ins work with Office 2013, Office 2016 and Office 365. From brainstorming to board meetings, these add-ins make it easier to incorporate visual information into any situation.

“We’re thrilled to be working with Microsoft Office,” said Karl Sun, CEO of Lucid Software. “Millions of users worldwide, including over 80 percent of the Fortune 500, leverage Lucidchart to communicate and collaborate in real-time. Many of these users depend on Microsoft and will benefit greatly from the integration.”

Lucidchart offers an intuitive and collaborative platform for building complex diagrams to improve productivity and visual communication. Previously, Lucidchart users exported files as static images and copied them into Microsoft Office documents. With the new add-ins, users can now create and insert Lucidchart diagrams directly into their Word, Excel and PowerPoint projects.

Lucidchart for Word and Excel

The Lucidchart integration allows users to insert visual elements directly into Word and Excel, which is ideal for text-heavy files like reports, technical documentation and user manuals. The result is a professional looking document with visuals that compliment textual explanations.

Users now have the option to embed Lucidchart files right into PowerPoint projects, allowing them to enhance presentations with diagrams such as interactive flowcharts, wireframes and mockups. Users can embed static or interactive Lucidchart diagrams that include links, hotspots, layers, panning, zooming and even the Lucidchart presentation mode.

Lucidchart is one of only a few third-party Office integrations that works across Word, Excel and PowerPoint, as well as Microsoft OneDrive.